Erdogan demanded that the United States extradite the Kurdish commander

October 25 2019
1
Despite the US refusal to protect the Kurds and the withdrawal of American units, relations between Ankara and Washington are still very far from warming. 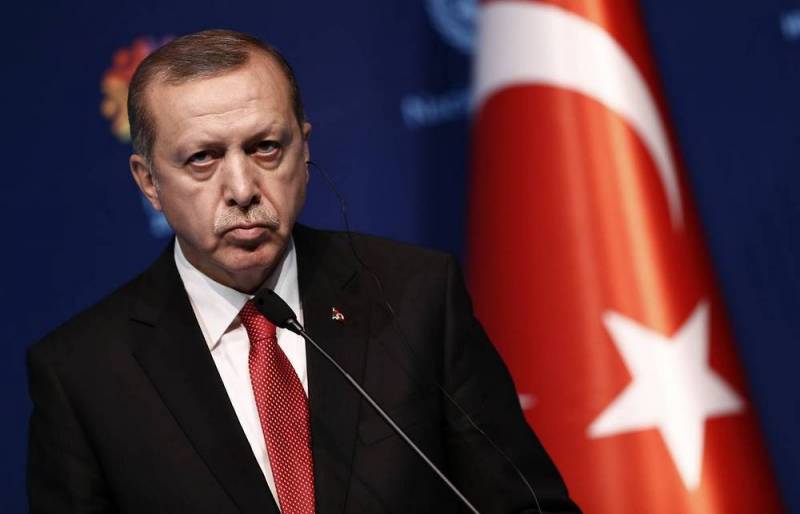 Turkish President Recep Tayyip Erdogan, speaking on the air of the state television and radio company TRT, said that the commander of the Syrian Democratic Forces (SDF) Mazlum Abdi is wanted by Interpol and the Ministry of Justice will be instructed to prepare a request "for the extradition of Mazlum from the US."

According to the Turkish leader, he notified Donald Trump that he was outraged by his correspondence with Mazlum.

Previously we wrote that the US president, on the eve of the start of the Turks' military operation in Syria, sent Mazlum a letter to Erdogan along with his appeal “not to play the fool” and enter into negotiations with the Kurds.

At the same time, the Turkish president noted that the head of the US administration "acted as honestly as possible in personal relations."

Recall that on November 13 the official visit of the Turkish president to Washington is planned, during which he should meet with Donald Trump.
Ctrl Enter
Noticed oshЫbku Highlight text and press. Ctrl + Enter
We are
Turkish army begins shelling positions of Kurds in Syria
Turks threatened with “total war” in Syria
Reporterin Yandex News
Read Reporterin Google News
1 comment
Information
Dear reader, to leave comments on the publication, you must sign in.