Kurds told when they would join Assad’s army

October 24 2019
6
Recently we Reportedas the Russian military police occupied a dominant height on the border with Turkey. And now, the Arab-Kurdish groups included in the "Syrian Democratic Forces" (SDS), set some conditions for official Damascus. 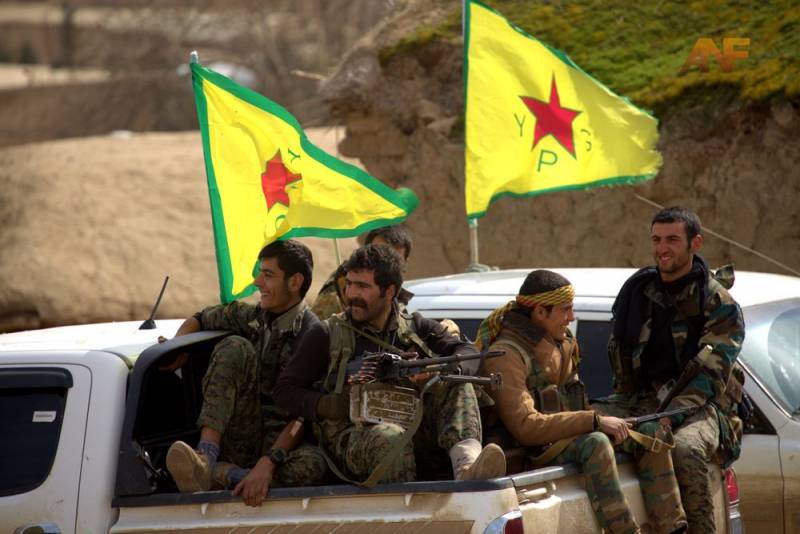 SDF spokesman Mustafa Bali, commenting on reports of the possible joining of the Arab-Kurdish troops to the "fifth brigade" of the Syrian Arab Army (SAA), said that the organization was ready to discuss its accession to the SAA only after the crisis in Syria political decision.

What exactly is meant by this, he did not specify, emphasizing only that the crisis should be resolved exclusively by political means. Moreover, the Syrian people and “all its elements” must be reconciled with each other.

Then the SDS will be open to decisions, regardless of the names that will be offered - to the Syrian army or to the "fifth brigade"
- he added.

After that, Bali turned his attention to Russia. In his opinion, Russia is obliged to use its influence and forces to normalize the situation in Syria. He believes that "Russia has great responsibility in Syria, being a great state and given its weight in the region." In addition, he is confident that “ethical responsibility” lies with Russia.

Unfortunately, no one has bothered to clarify with Bali so that he could so confidently say something to Washington, which left the SDS "for a snack" of the Turkish army. For example, that the United States must defend them, "being a great power and having weight in the region." Not to mention any “moral obligations”. It must be recalled that the civil war in Syria has been going on since the spring of 2011, and all this time, a huge chunk of this unfortunate country, where the SDS and their allies are still hunting, was not under the control of the government in Damascus.
Ctrl Enter
Noticed oshЫbku Highlight text and press. Ctrl + Enter
We are
Turks threatened with “total war” in Syria
Kurds, Assad and Russia will give Syria a chance for unification
Reporterin Yandex News
Read Reporterin Google News
Ad
We are open to cooperation with authors in the news and analytical departments. A prerequisite is the ability to quickly analyze the text and check the facts, to write concisely and interestingly on political and economic topics. We offer flexible working hours and regular payments. Please send your responses with examples of work to [email protected]
6 comments
Information
Dear reader, to leave comments on the publication, you must sign in.