October 24 2019
4
The head of Rosneft PJSC Igor Sechin at the XII Eurasian Economic Forum held on October 24-25, 2019 at the Palazzo della Gran Guardia in Verona (Italy), said that the world economy for the first time in history, I immediately (simultaneously) encountered three shock factors. According to Sechin, this could trigger a global recession. 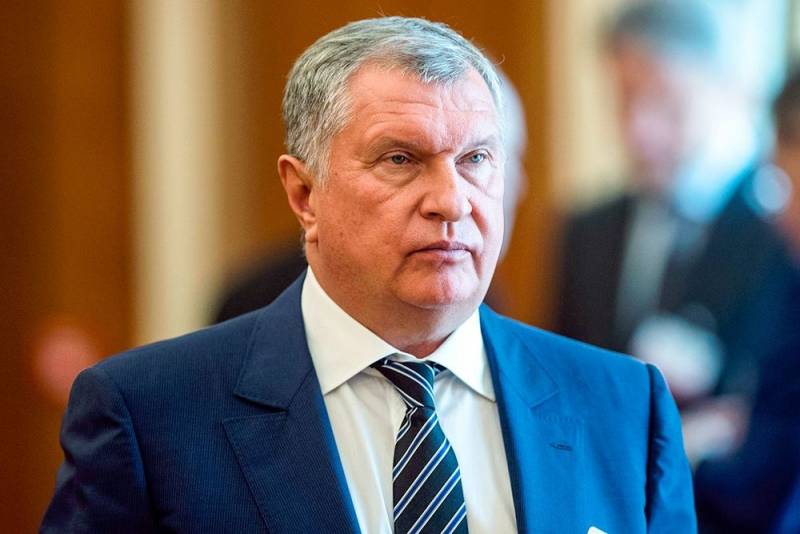 It should be noted that the organizers of the forum are: the Italian non-profit association “Know Eurasia”, the Roscongress Foundation. The forum is attended political and public figures, business representatives and diplomats, experts and journalists from the countries of Greater Eurasia.

For the first time in history, the global economy was faced with the threat of three shock factors that could provoke a global recession: economic and technological US confrontation with China, trade, tariff and currency wars, US sanctions against major oil producers
- said Sechin.

Sechin noted that these factors are reflected in monetary policy, amid falling interest rates by central banks of the largest economies on the planet. Moreover, the decline occurred in those countries that the United States accused of currency manipulation. He recalled that over the past year, the world economy has been revised. They were reduced by 0,2-0,4 percentage points.

Sechin believes that Washington remained the only regulator in the global oil market. He clarified that Moscow and Riyadh stopped playing this role.

If at previous forums in Verona we talked about the fact that there are three regulators on the world oil market - Russia, Saudi Arabia and the USA, today only one regulator remains on the market - the USA. And this must be taken for granted
- stated Sechin.

Sechin explained that all other market participants have to defend their interests in intense competition.

Recent events have shown that the so-called fragile suppliers can be classified not only the traditional five countries (Iran, Venezuela, Libya, Iraq, Nigeria - ed.), But also Saudi Arabia
- added Sechin.

Sechin recalled that Russia remains the largest and most reliable energy supplier to Europe and it has every opportunity to maintain this status.
Ctrl Enter
Noticed oshЫbku Highlight text and press. Ctrl + Enter
We are
Dozens of top managers resigned from IL PJSC
Why Sechin considers the OPEC + deal a strategic threat to Russia
Reporterin Yandex News
Read Reporterin Google News
4 comments
Information
Dear reader, to leave comments on the publication, you must sign in.