October 24 2019
3
Starting in March 2019, the US Air Force strategic bombers Boeing B-52H "Stratofortress" conduct testing of conventional air attacks in the Baltic Sea, simulating attacks on the Kaliningrad region of Russia. And so, on October 23, 2019, another American “strategist” worked out the bombing of the Russian Baltic Fleet, as reported by monitoring resources. 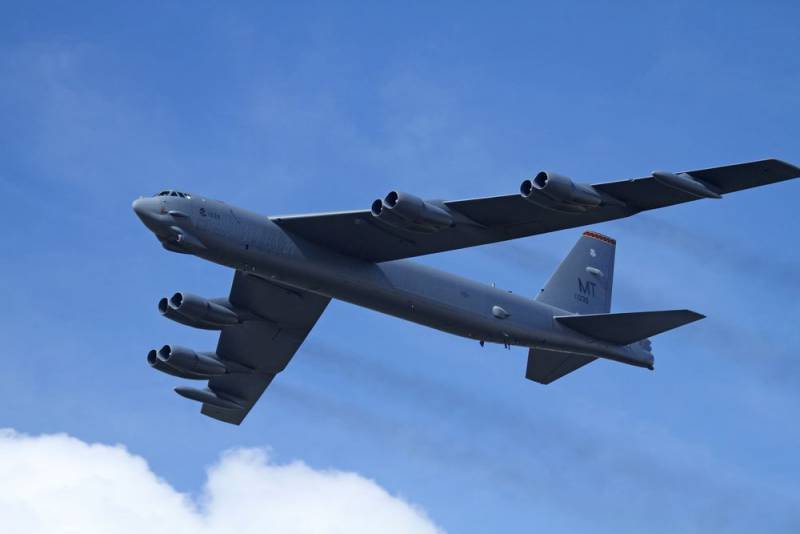 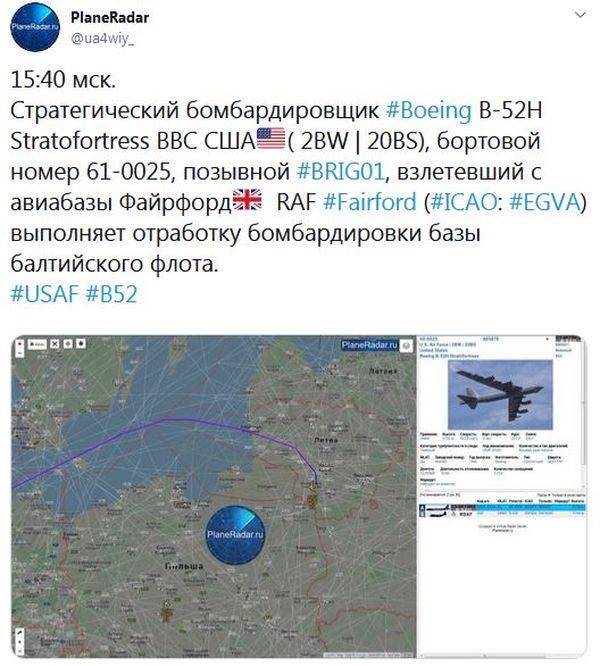 It should be added that the activity of Americans is not limited to the Kaliningrad region. For example, the USA regularly organizes provocations near the borders of Russia in the sky over the Black Sea, about which we informed readers on the eve.

At the same time, Moscow continues to urge Washington to stop such openly unfriendly actions. However, the United States continues to stubbornly create tensions. By the way, USA plan withdraw from the Open Skies Treaty (DON), which will further increase tension.
Ctrl Enter
Noticed oshЫbku Highlight text and press. Ctrl + Enter
We are
The US has thrown strategic bombers capable of carrying nuclear weapons to Europe
The number of American B-52 bombers in Europe rose to five
Reporterin Yandex News
Read Reporterin Google News
3 comments
Information
Dear reader, to leave comments on the publication, you must sign in.