Like Mask: Russian private reusable rocket will fly in 2020 year

October 22 2019
6
The first domestic missile with a return stage can be launched next year. This was announced by the owner of a private company Laros, which is engaged in the development of media, Oleg Larionov. 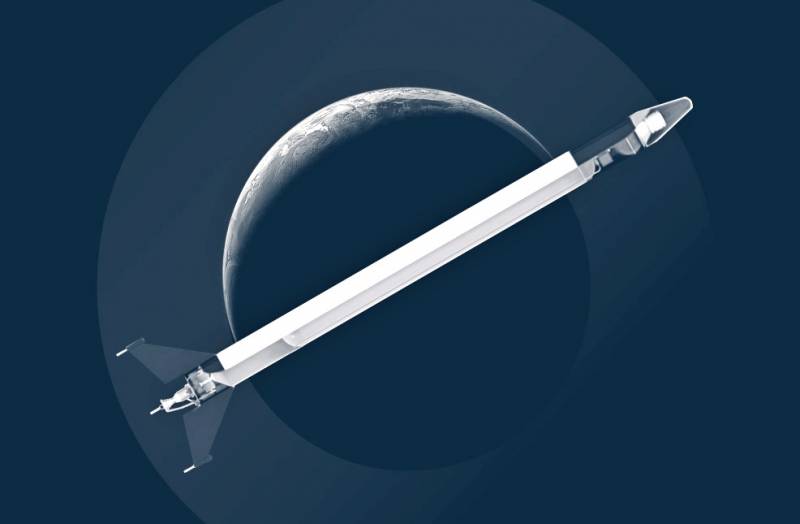 According to the functionary, the first version of the device called Laros PH-1 will be single-stage. The rocket, which can rise to a height of 130 km, will be equipped with an engine with a thrust of 500 kg. The first launch is scheduled for 2020.

Laros RN-1 will be used to work out a dynamic landing. According to Larionov, the carrier will display the payload, then make a U-turn and land on the “tail” due to the engine. A similar scheme is used by SpaceX Corporation in its reusable Falcon family missiles.

Laros devices will run on a mixture of hydrogen peroxide and aviation kerosene. Electric pumps will be responsible for pumping fuel in zero gravity. The launch of RN-1 is planned to be carried out with a heavy-duty automobile trailer.

Now on mobile stands several prototypes of the rocket engine with a thrust of 20 kg are being tested. After achieving stable performance, the units will be scaled to a capacity of 500 kg. It is worth noting that the engines for the promising rocket are created using additive of technologies.

If the Laros RN-1 tests are successful, then in the future the company plans to start creating a second carrier model that can bring a payload of 200 kg into orbit up to a height of 500 km.
Ctrl Enter
Noticed oshЫbku Highlight text and press. Ctrl + Enter
We are
American super-rocket BFR: too good to be true
New Glenn Rocket: A Media That Could Crush Ilona Mask
Reporterin Yandex News
Read Reporterin Google News
Ad
The publication is looking for authors in the news and analytical departments. Requirements for applicants: literacy, responsibility, efficiency, inexhaustible creative energy, experience in copywriting or journalism, the ability to quickly analyze text and check facts, write concisely and interestingly on political and economic topics. The work is paid. Contact: [email protected]
6 comments
Information
Dear reader, to leave comments on the publication, you must to register.
I have an account? Sign in