October 22 2019
4
Ukraine continues to rapidly sell unique Technology in the aircraft industry, inherited from the USSR. 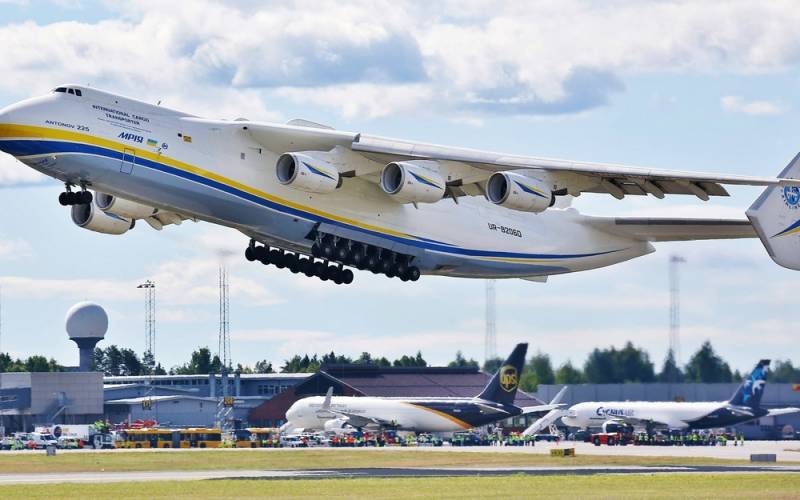 Following the purchase by Chinese companies of more than half of the shares of Motor Sich, which produces aircraft engines, the Chinese media reported that Beijing could receive from the Ukrainian design bureau Progress named after Academician A. G. Ivchenko the best practices world transport aircraft An-225 "Mriya".

This information can hardly be called sensational, since the Progress Design Bureau is located on the territory of Motor Sich, owned by Boguslaev.

And if Boguslaev sold everything that he could sell to the Chinese, then draining the developments on the An-225 from the Ivchenko Design Bureau “Progress” was just a matter of time.

It’s easy to imagine the glee of the Chinese: in one fell swoop, solving the problem of mobile deployment and gaining the potential of strategic transportation is worth a lot. In particular, given the fact that with its own developments of this level, things are not, to say the least, in the Celestial Empire.

It is surprising that so far it has not been heard that American emissaries rushed to Ukraine, in order to exclude the possibility of transferring such important aviation technologies to the Chinese.
Ctrl Enter
Noticed oshЫbku Highlight text and press. Ctrl + Enter
We are
The US was unable to disrupt the deal: the Chinese bought the Ukrainian Motor Sich
The US is preparing to disrupt the sale of Motor Sich to China
Reporterin Yandex News
Read Reporterin Google News
4 comments
Information
Dear reader, to leave comments on the publication, you must sign in.