October 21 2019
15
On October 17, 2019, the Supreme Commander-in-Chief of the Armed Forces of the Russian Federation, Vladimir Putin, trained the forces and means of strategic deterrence as part of the Thunder 2019 command and staff exercises. During these exercises, systems were also tested that reduce the launch time of Caliber missiles from "about three hours to 15 minutes." 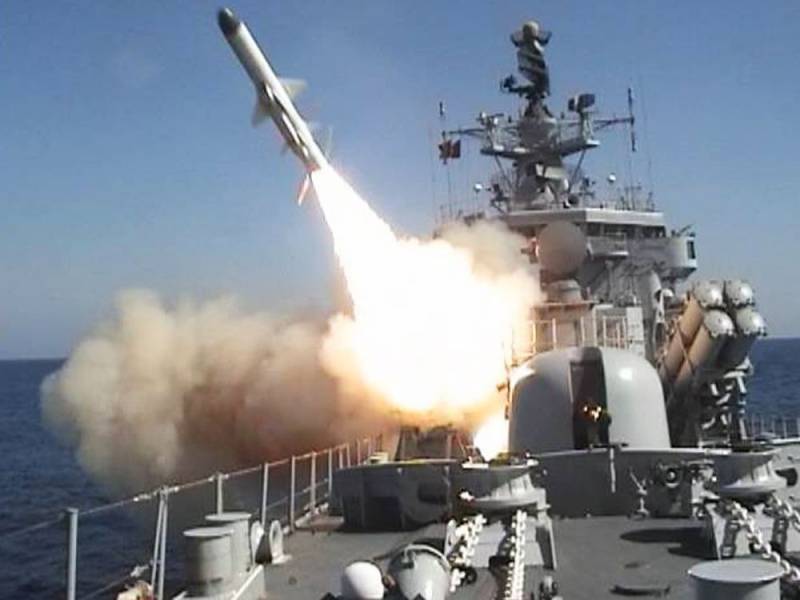 According to the Russian media holding RBCreferring to its knowledgeable sources close to the power structures, the mentioned Caliber missiles were not launched at the first attempt. At the same time, the Russian Ministry of Defense denied problems with launches.

According to the source of RBC, tested the control system and the introduction of the flight mission. The launches themselves were carried out from the Tatarstan missile ship (RC) and the Grad Sviyazhsk small missile ship (RTO).

It was supposed to work out 15 minutes. But the Caliber team did not leave the first team. As a result, the missiles flew away, but not at the first attempt and after the activation of the backup launch systems
- clarified the source.

However, another informed source of RBC, close to the General Staff of Russia, confirmed that the "Caliber" really left the second or third attempt.


It should be added that on October 17, 2019, the Russian Ministry of Defense distributed a video of Caliber cruise missile launches from the head frigate of Project 22350 Admiral Gorshkov, which were held as part of the Thunder 2019 exercise.

At the same time, it was announced from the Caspian flotilla that the launches of the Caliber with the MRK Grad Sviyazhsk from the Caspian Sea were successful. As for the Tatarstan Republic of Kazakhstan, it never had the Caliber in service, and therefore, in principle, it could not launch them.
Ctrl Enter
Noticed oshЫbku Highlight text and press. Ctrl + Enter
We are
A video of a missile launch under the leadership of Putin
The Russian fleet launched two ballistic missiles
Reporterin Yandex News
Read Reporterin Google News
15 comments
Information
Dear reader, to leave comments on the publication, you must sign in.