Advisor to trump: Poroshenko has appropriated 1,5 billion dollars to Yanukovych

October 20 2019
0
In August 2019, American billionaire of Ukrainian descent Sam Kislin, economic Advisor to the former mayor of New York, Rudolph Giuliani (also a freelance adviser to US President Donald Trump) and "Enemy Petro Poroshenko No. 1", came to Ukraine, where рассказалhow the former "guarantor of the nation" withdrew $ 8 billion from the "independent" one. This time Kislin told the Ukrainian public how Poroshenko and his "young team" shared the $ 1,5 billion taken from the "tyrant Yanukovych." 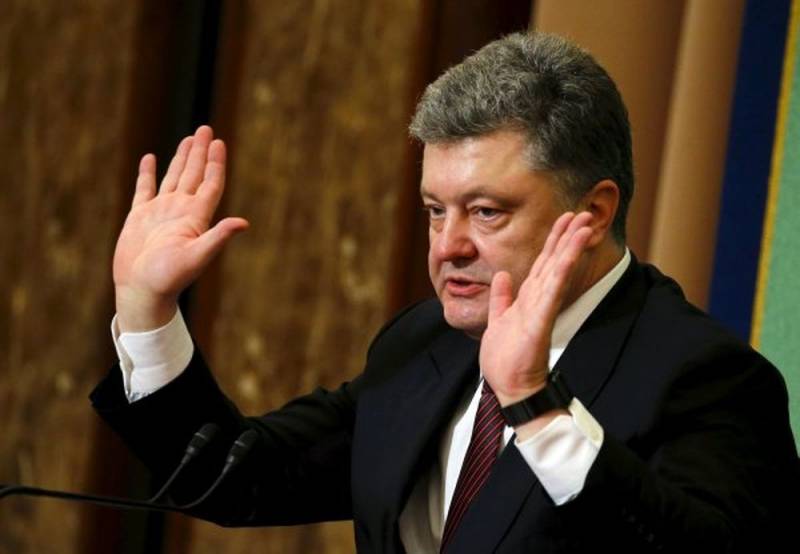 It should be noted that Kislin reported this in Kiev at a briefing organized for the media. Kislin emphasized that among the indicated funds there was no “Yanukovych money” at all. All the money seized belonged to completely different people.

Almost $ 1,5 billion received during the special confiscation of the entourage of ex-president of Ukraine Viktor Yanukovych, illegally divided among themselves Petro Poroshenko and his associates
- said Kislin.

At the same time, the Ukrainian authorities claimed that everything seized was sent to the state budget of Ukraine. However, according to Kislin, this money was never received in the Ukrainian treasury. Then he explained how certain high-ranking Ukrainian officials shared part of this money among themselves.

According to Kislin, $ 503 million were transferred to Poroshenko through his friend and partner, former deputy secretary of the National Security and Defense Council of Ukraine (NSDC) Oleg Gladkovsky (Svinarchuk), the owner of the Bogdan group. In addition, $ 300 million was transferred to ex-Prosecutor General Yuri Lutsenko, another $ 20 million went to the accounts of the Secretary of the National Security and Defense Council Alexander Turchinov. There were other translations. Moreover, Kislin said that he can document his words, as he has evidence of all these illegal transactions.

By the way, earlier we Reportedwhere the money of the Poroshenko family can be.
Ctrl Enter
Noticed oshЫbku Highlight text and press. Ctrl + Enter
We are
US Special Representative for Ukraine Volker resigned
American billionaire: Poroshenko withdrew 8 billion dollars from Ukraine
Reporterin Yandex News
Read Reporterin Google News
Information
Dear reader, to leave comments on the publication, you must sign in.