How in the West can turn off Russian industry

October 21 2019
25
The other day an extremely unpleasant topic has surfaced in the Russian media. It turned out that back in 2012, before the imposition of Western sanctions, the Austrian supplier company was able to forcibly and remotely, via satellite, disconnect the compressor equipment previously sold to Gazprom. This incident raises a lot of burning issues. 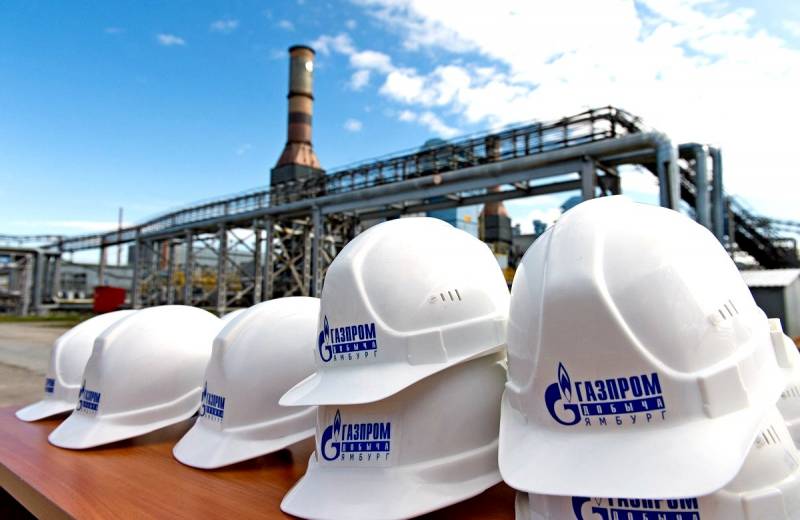 The plot of the case is as follows. The domestic gas monopolist bought powerful compressors from the famous Austrian company LMF. Moreover, the state-owned Gazprom for some reason purchased equipment through its subsidiary and not directly, but from a certain Russian supplier, that is, an intermediary. Further in this story, vague assumptions are made that the “negligent daughter” might mess up something with payments there, which is why the Austrians punished her by remotely shutting down the sold, but not fully paid, compressors.

All this happened seven years ago, long before the deterioration of relations with the West. What can this episode of the economic relations of Gazprom testify to?

Today's “Russian liberals” scolding the USSR for the bias he had in the economy. Priority was given during the Cold War to Group A enterprises that produced machine tools, tools, and industrial materials. Plus, significant assistance was provided to foreign “friendly regimes”. Group B enterprises were funded on a residual basis. Because many lusted for a Japanese cassette player, American jeans, inflatable chewing gum and 150 varieties of sausages.

Of course, there was nothing good for a simple layman in this scenario. But with the collapse of the USSR and the loss in the Cold War, another misfortune came. Market economy, free enterprise, crowded store shelves, free travel abroad. Of course, great. Here are just a fee for 150 varieties of sausage was great. Otherwise, as a raw materials appendage, no one sees the young Russian Federation within the framework of the American-centered globalist system. In the West, neither Russian machine tools, nor civilian liners, nor anything else high-tech are needed. Oil, gas, metals, timber - this is welcome. They sold, received dollars, brought them immediately abroad.

As a result, over the decades since the collapse of the USSR, thousands of industrial enterprises have been closed in our country.
Frankly, many factories that are functioning or are even being rebuilt are aimed at servicing the export of resources. For example, the wonderful Zvezda shipyard in Primorye has the main goal of increasing the sale of hydrocarbons abroad. Things are going well with metallurgical manufacturers of pipes for numerous gas pipelines.

But now we have trouble with the machines. And not only with them. How many imported components and other equipment are used, which, as it turns out, can we remotely disconnect if necessary, turning into a pile of dead iron? By the way, Austrian compressors are also used by Surgutneftegas and Lukoil.

Western sanctions hit the leading enterprises of the commodity sectors, on which our economy stands, banning the sale of equipment and of technologies. If you believe the federal media, then "to shreds" they did not tear us. However, more pessimistic assessments are expressed behind the scenes. So far, everything rests on the existing equipment, but over time it will begin to develop its resource, and there will be nothing to update it. Moreover, this can happen approximately by 2023-2025.

If by that time full import substitution does not occur, the extraction and export of resources will begin to fall, and with them foreign exchange earnings. Related enterprises will immediately have problems, and the federal budget will not have enough funds to fulfill its social obligations. The situation in the country will not be the most fun by 2024, when the next term of presidency of Vladimir Putin ends and a certain “transit of power” is planned. Think about it.
Ctrl Enter
Noticed oshЫbku Highlight text and press. Ctrl + Enter
We are
Peace enforcement operation. Russia inflicts a preemptive strike on Kiev
Three years left: Ukraine will be sold in parts
Reporterin Yandex News
Read Reporterin Google News
25 comments
Information
Dear reader, to leave comments on the publication, you must sign in.