October 20 2019
11
Turkish military operation in Syria is suspended for five days under pressure from the United States. On October 20, negotiations will be held in Sochi at which Presidents Erdogan and Putin will discuss another option for the redivision of the north of the SAR. What will official Damascus gain and lose at the same time? 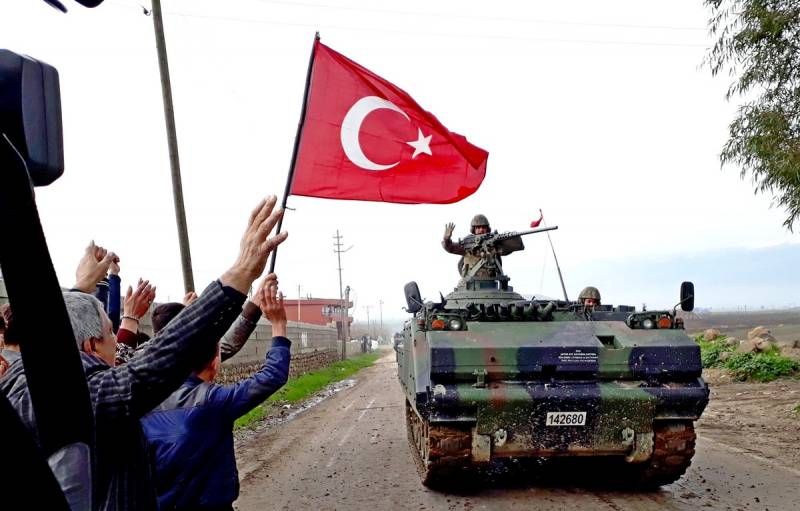 The third in a row over the past few years, Turkey's invasion of the sovereign Syrian Arab Republic began on October 9, 2019. His goal was the purification of the border areas with Turkey from the armed formations of the Kurds, which are recognized by Ankara as terrorist organizations. President Erdogan bluntly stated:

We want the areas where the [Syrian] regime is present to be completely cleared of the militants of the Kurdistan Workers Party and the People’s Self-Defense Forces.

This operation was called the "Source of the World", but actually became the source of a lot of problems. Ankara’s actions provoked an extremely negative reaction even from the side of the NATO allies. Washington imposed sanctions against Turkey, threatening to destroy it the economy. European capitals have advocated cutting off arms supplies to the Turks. In response, President Erdogan made it clear that he could open the way to the EU for millions of Syrian refugees.

By the way, refugees are one of the key problems that Ankara is trying to solve at the expense of Syria. The Turkish leader sees the result of Operation Source of Peace as follows:

The terrorist organization will leave the security zone 32 km wide and 444 km long from west to east, as we agreed.

Over two million people who fled the war from the ATS will be resettled to this buffer zone along the entire border. At the same time, President Erdogan “does not mind” if Syrian soldiers stand in the key city of the Manbij region. It sounds like a good idea, but is it worth Damascus and Moscow to agree to such a scenario?

The Russian media is now euphoric because “Putin outplayed everyone again” and helped Assad regain control of the Kurds and most of northern Syria. Indeed, this can be rejoiced, but it is worth evaluating the situation at least a couple of steps forward. And here, not everything is clear.

Ankara intends to take part of the territory belonging to Damascus along its entire border. 32 kilometers at 444 — 14208 square kilometers are obtained. This is the area between Montenegro and East Timor, more than Cyprus, Qatar or Jamaica. For comparison, the DPR occupies 8540 square kilometers, the LPR - 7588. In fact, Turkey is creating its “Northern Syrian People's Republic” at the expense of the SAR, where several million Arabs will be resettled to replace the local Kurdish population.

All these people will have to be arranged somehow, the formation of governing bodies will be required. If you call a spade a spade, there will appear "two Syria", one near Damascus, the second - pro-Turkish. Formally, the Turks may even get out of this "SNR", but they will manage it through their "military" and "White Kamaz". And when needed, a "wind from the north" will blow.

“Two Syria” is not a source of peace, but of constant tension and preconditions for a future civil war.
Ctrl Enter
Noticed oshЫbku Highlight text and press. Ctrl + Enter
We are
Ten "defeats" of Putin
Erdogan brazenly grabbed a piece of Syria
Reporterin Yandex News
Read Reporterin Google News
11 comments
Information
Dear reader, to leave comments on the publication, you must sign in.