October 18 2019
2
Despite the agreements reached to suspend Turkey’s military operation in Syria, Turkish Air Force aircraft launched an air strike against a humanitarian convoy in the north-east of the country. 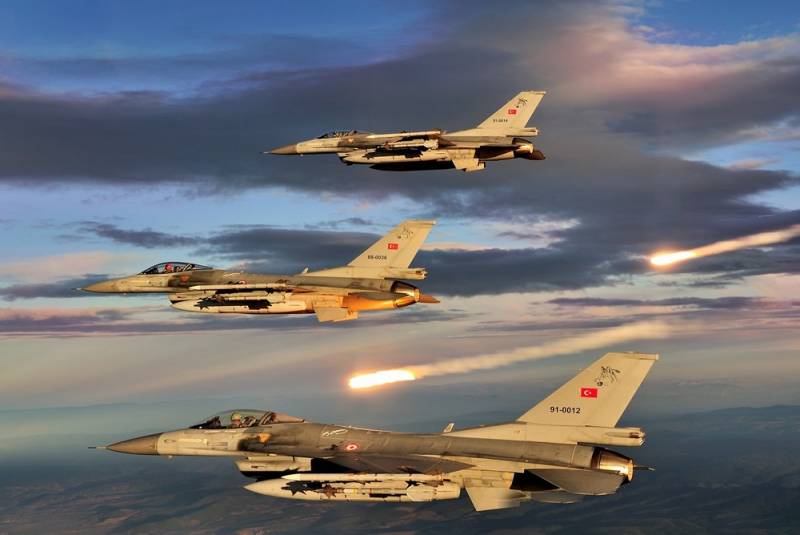 According to Lebanese news Al Mayadeen TV channel, a blow was inflicted on the road between the settlements of Tell Tamr and Ras al Ain, where at that time there was a column.

According to preliminary data, thirteen civilians were killed and more than seventy were injured.

To date, no official comments have been received from the Syrian authorities or the Turkish command in this regard.

Recall that on October 9, Turkey launched the military operation "Source of Life", during which it was planned to create a "security zone" in northern Syria.

However, these intentions provoked fierce resistance from the United States, which, despite the fact that they had withdrawn their contingent from the areas of the operation, nevertheless threatened Turkey with the imposition of sanctions.

In addition, the units of the Syrian Arab army did not wait for the Turks to attack, but they themselves occupied the border areas in the north of the country, not letting the Turkish army and units of the pro-Turkish armed opposition go there.

As a result, after negotiations between Turkish President Erdogan and US Vice President Pence, an agreement was reached on a five-day suspension of the operation.
Ctrl Enter
Noticed oshЫbku Highlight text and press. Ctrl + Enter
We are
Turks bomb Syria, Kurds retaliate
In Sudan, a military coup took place: the army overthrew the president
Reporterin Yandex News
Read Reporterin Google News
2 comments
Information
Dear reader, to leave comments on the publication, you must sign in.