The Arctic shelf belongs to Russia: the Ministry of Defense presented evidence

October 18 2019
2
Using the latest data obtained by scientists, Russia continues to systematically secure its rights to the Arctic shelf at the international level. 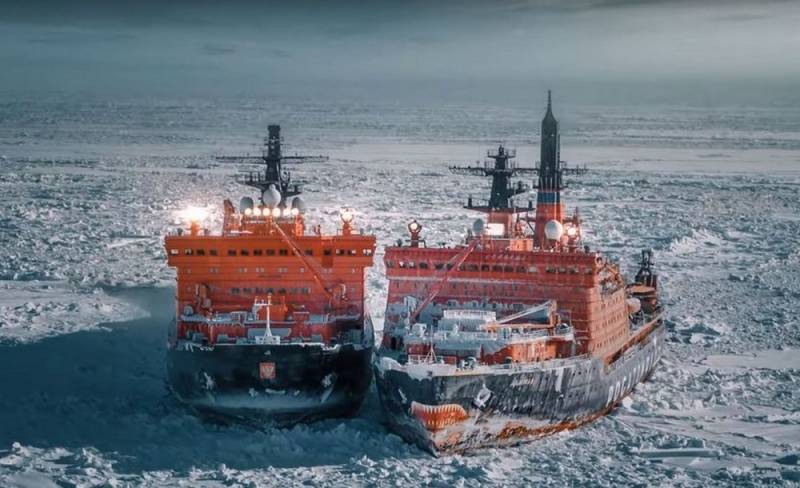 According to Deputy Prime Minister Yuri Borisov, the Russian Defense Ministry conducted new bathymetric and gravimetric studies, as well as acoustic profiling, the results of which are exhaustive evidence that the shelf of the Arctic Ocean belongs to Russia. It is reported RIA News".

According to the official, the data will be provided to the UN Commission, which will meet in February 2020.
Yuri Borisov is confident that these data will be sufficient to exhaustively substantiate the Russian application.

The Deputy Prime Minister recalled that since the filing of the first Russian application to establish the external border of the continental shelf of the Russian Federation in the Arctic Ocean, which took place in August 2015, 11 meetings have already been held on this issue.

He noted that the discussion is currently ongoing regarding the construction of the outer border of the continental margin within the southern part of the Gakkel ridge, since at the 50th session in July 2019 the conclusions of the Russian delegation were not accepted by the subcommittee of this international organization.
Ctrl Enter
Noticed oshЫbku Highlight text and press. Ctrl + Enter
We are
Announced tests MC-21 with engines PD-14
Russians told why meat will rise in price
Reporterin Yandex News
Read Reporterin Google News
Ad
We are open to cooperation with authors in the news and analytical departments. A prerequisite is the ability to quickly analyze the text and check the facts, to write concisely and interestingly on political and economic topics. We offer flexible working hours and regular payments. Please send your responses with examples of work to [email protected]
2 comments
Information
Dear reader, to leave comments on the publication, you must sign in.