October 16 2019
16
Recently, the name of the famous American aircraft building corporation, not so long ago personifying a symbol of success and stability in business, has become associated with an endless series of failures and setbacks. The less powerful brand would not have survived the adversity that fell on Boeing. Two large-scale air crashes, which, as already proved, were caused by the airplane manufacturer, accusations of neglecting the safety of crews and passengers for the sake of their own commercial interests - all this hung a heavy burden on the business reputation of the company. 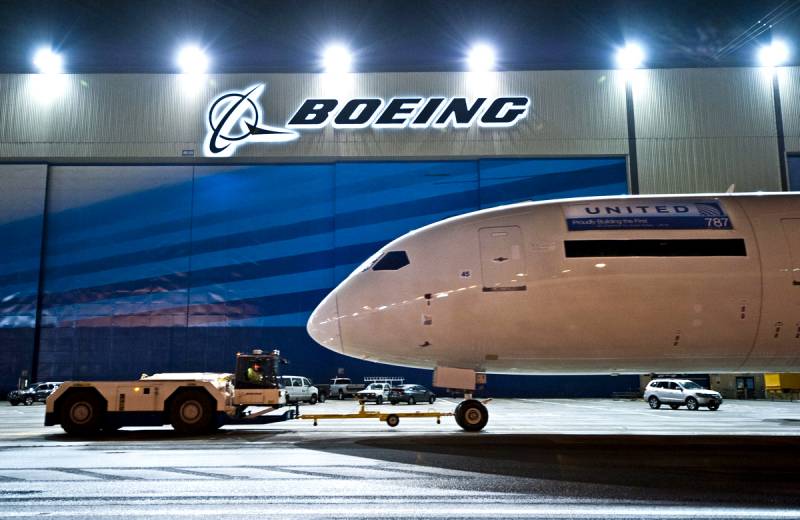 In addition, the global failure to operate one of the most popular airliners of this brand and the “frozen” contracts for their supply, brought the manufacturer simply huge losses. And, nevertheless, Boeing is still holding. As it turned out, a considerable merit in this belongs to the US military.

Both training and unmanned ...

Boeing’s plans to “absorb” the US Air Force’s budget are respected. In fact, there is no branch of military aviation in which this corporation has not recently presented the novelties already approved by the Pentagon and promising considerable profits to it. So, recently, the company announced the successful completion of a new training aircraft model for military pilots, which had the working name TX. In service, this machine, which will replace the fairly outdated T-38 Talon, on which future aces of the US Air Force learn the basics of flying "diploma" today, will be adopted under the name T-7A Red Hawk. What is characteristic, the supply of training aircraft is provided in a kit that includes not only the machines themselves, but also ground-based simulators, which, in fact, will be the first stage of training. They should go to the appropriate training centers this year, and by 2024 the Pentagon plans to purchase more than 350 units of the T-7A Red Hawk. Nice commercial prospect! What is characteristic, a new machine was being developed, as they say, “from scratch” and in record time — the project started only last year. In addition to Boeing specialists, their Swedish colleagues from SAAB took part in the creation of the training aircraft. 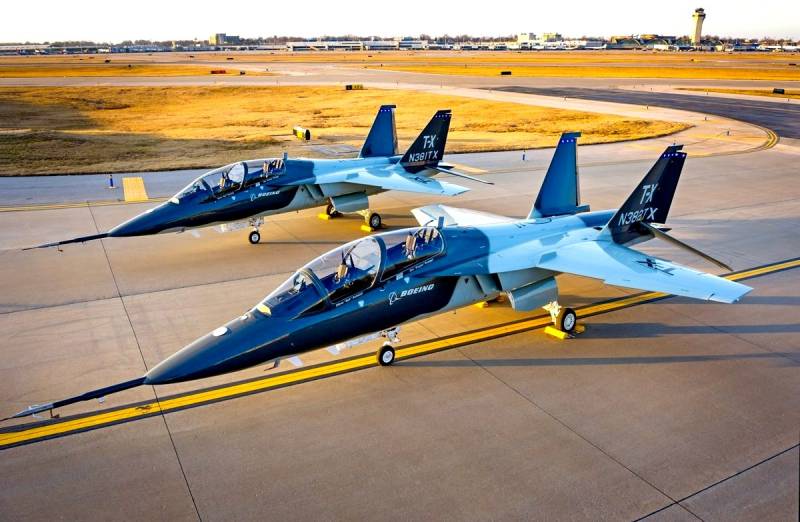 The corporation also tested last month another military novelty. We are talking about a decked unmanned tanker MQ-25 Stingray, designed to be based on aircraft carriers of the US Navy. In a fierce struggle, the corporation managed to win a tender held by the Pentagon as part of the implementation of the Unmanned Carrier Aviation Air System, (UCAAS) program for creating an unmanned aerial refueling system. Navy men have already laid out more than 800 million dollars just for the development and testing of a new UAV. For this amount, Boeing should deliver the Navy MQ-25 Stingray in the amount of 4 units until 2024. If the model is recognized as successful during operation, it will be a question of acquiring 72 such machines for more than an impressive amount of $ 13 billion. It should be noted that according to the initial idea, the drone has a fairly wide range of functions. In particular, surveillance and aerial reconnaissance equipment may be installed on it. Nevertheless, its main task remains the implementation of refueling carrier-based fighter aircraft in the air. If you believe the claimed characteristics, the UAV will be able to serve from 4 to 6 combat vehicles, carrying about 8 tons of fuel. The refueling range is also impressive - according to the performance characteristics it reaches almost a thousand kilometers.

However, the "pearl" of the military "collection" from Boeing, without a doubt, should be the F-15EX - the latest fighter developed by the company for the US Air Force. The corporation was already in a hurry to declare it "the most economical, fastest and well-armed of the ever created by Boeing engineers and designers." A super-sophisticated electronic "filling" is promised, including an "advanced radar" that allows you to pinpoint potential targets at more than decent distances, effective maneuvering systems and fuel consumption. And much more. The main thing is an on-board computer, "unparalleled in high performance and speed." In fact, after certain events, promises from Boeing about the introduction of some advanced computer of technologies sound a little scary. On the modern 737 MAX they have already implanted ... However, here, obviously, all the punctures were taken into account and “self-willed” in the sky and during take-off and landing, this machine, unlike civilian “brothers”, is unlikely to be. The subject of special pride of the developers is that armed with the F-15EX will be, as they say, to the teeth. 12 suspension points for air-to-air missiles and another 15 for air-to-ground weapons systems are truly impressive. Boeing has already announced it as "one of the deadliest fighters in the world."


Some disputes are being conducted regarding to which generation the new combat vehicle is considered. Since "newest", then, by the fifth? However, many experts quite critically assess the potential of the radar stealth of the new machine. In any case, it seems to be significantly inferior to its main competitors - F-22 or F-35. If so, then is the fourth generation still? But the company objected that they also worked hard on issues of protection from enemy radars. However, some evil languages ​​are sarcastically walked around the novelty, blaming its creators for the fact that they supposedly pretty much “poked” the far from new McDonnell Douglas F-15 Eagle combat aircraft. So all the talk about "the most advanced fighter" is not too true to the truth. Representatives of Boeing are terribly offended by such “hitting” and dissuading from the fact that they allegedly took only the “frame” from the old car, and the “hitch” and “filling” of the F-15EX are the most modern and innovative. Such that there is nowhere newer. You can understand them - the plane is planned to be sold not only by the US Air Force, but also allowed for export. According to plans already announced, foreign sales should be at least two dozen fighters per year, and this is a lot. One way or another, but the first tranche from the Pentagon in the amount of almost a billion dollars for the supply of eight F-15EX by the corporation has already been received. Two fighter jets are allegedly already undergoing tests at the Air Force bases.

It seems that military orders today are for Boeing a real “lifeline”, allowing the company to stay “afloat”, despite the ongoing troubles. Corporation passenger liners after accidents that shook the world are subjected to a hundred times closer and more stringent safety checks and, alas, they often do not withstand them. A month ago, the incident with the latest 777X airliner, which had a door torn open during a test flight, had just been forgotten when a message appeared saying that an extremely dangerous problem had been identified in dozens of aircraft of the popular Boeing 737NG (Next Generation) model. About one in twenty of these machines found cracks in the part responsible for attaching the wing to the fuselage. In the United States, 686 airliners of this series were inspected. In 36 of them, a similar problem was found. As it became known, at least two airlines have already begun to remove “suspicious” aircraft from the lines. And when you consider that more than 7 of them were released by Boeing ... If the sky turns out to be closed to 737NG as well, the company does not expect anything good. Its shareholders can only hope for the generosity of the Pentagon and the fact that the aircraft delivered to it will be more reliable than passenger liners, which at one time glorified Boeing, and now pulling it to the bottom.

We are in Yandex Zen
It's important
5
Steep dive, turning into a corkscrew: China and Turkey are finishing off Boeing
Legend catastrophe: Boeing suffers one defeat after another
Reporterin Yandex News
Read Reporterin Google News
16 comments
Information