US gathered to take out its nuclear weapons from Turkey

October 15 2019
0
According to the American media, the US administration is considering the possibility of exporting its nuclear weapons from Turkey. In the arsenal at the territory of the Ingerlik military base, where the 39th air wing of the US Air Force supplies and personnel of several thousand people are located, about 50 nuclear munitions are still stored. And now, in connection with the military operation of Turkey in Syria, Washington wants to take this "good" away from the theater of operations. 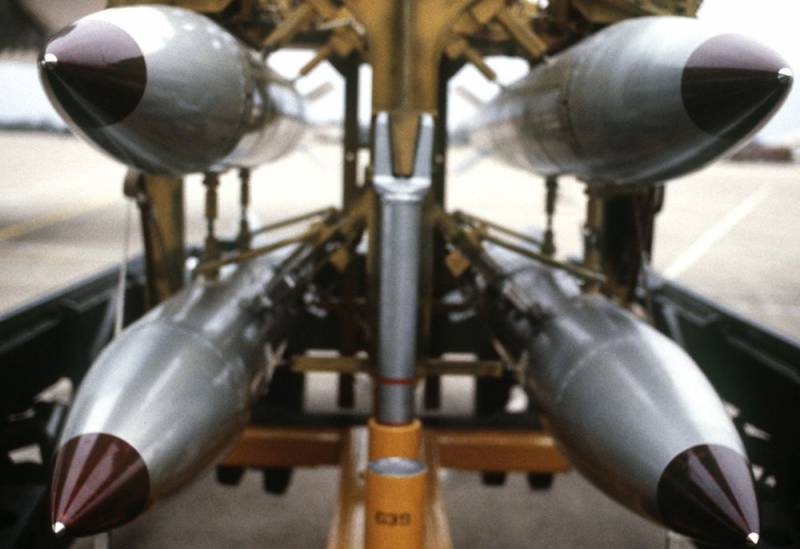 It should be recalled that in 2016, after a failed coup in Turkey, the United States was already talking about something like this and supposedly began to move its nuclear ammunition located in this country to the territory of Romania (military base Devesela). How much was exported and whether it was exported at all is not known.

For example, the newspaper The New York Times reports that several days ago, without publicizing the event, employees of the US State Department and the US Department of Energy gathered. They "without any fuss" discussed the possibility of the export of US nuclear weapons from Turkey. These nuclear weapons are supposedly dangerous to leave there.

According to the source of the newspaper, if this happens, it will mean "the actual end of the alliance between Washington and Ankara." This in itself resembles an element of information pressure on Turkey, because far from all US allies, nuclear munitions of the “bastion of democracy” are stored “under the pillow”.

At the same time, the newspaper mentions about 50 tactical nuclear munitions. This means that there is a high probability that no one exported anything to Romania in 2016. And this time, too, will not be able to take it out, because for the USA to lose Turkey means to leave the Middle East and abandon the outpost against Russia.

Meanwhile, users have already begun to argue on the web. Some worry whether Turkey will give up nuclear weapons, because Ankara is not against acquiring its own nuclear potential. Others, on the contrary, think that it is the Turks who expel the Americans, and now Ankara will become a great friend of Moscow. We are more concerned with facts, with which, in the future, we are going to introduce our readers.
Ctrl Enter
Noticed oshЫbku Highlight text and press. Ctrl + Enter
We are
New nuclear arms race: US prepares START-3 termination
In connection with the exit from the INF Treaty: the United States conducted a secret modernization of missile defense in Romania
Reporterin Yandex News
Read Reporterin Google News
Ad
We are open to cooperation with authors in the news and analytical departments. A prerequisite is the ability to quickly analyze the text and check the facts, to write concisely and interestingly on political and economic topics. We offer flexible working hours and regular payments. Please send your responses with examples of work to [email protected]
Information
Dear reader, to leave comments on the publication, you must sign in.