Germany has declared the unreality of the stop "Nord Stream-2"

October 12 2019
1
Recently сообщалосьthat Denmark refused claims to Nord Stream-2. And now, already from Germany they say that the commissioning of the Nord Stream-2 gas pipeline cannot be stopped. 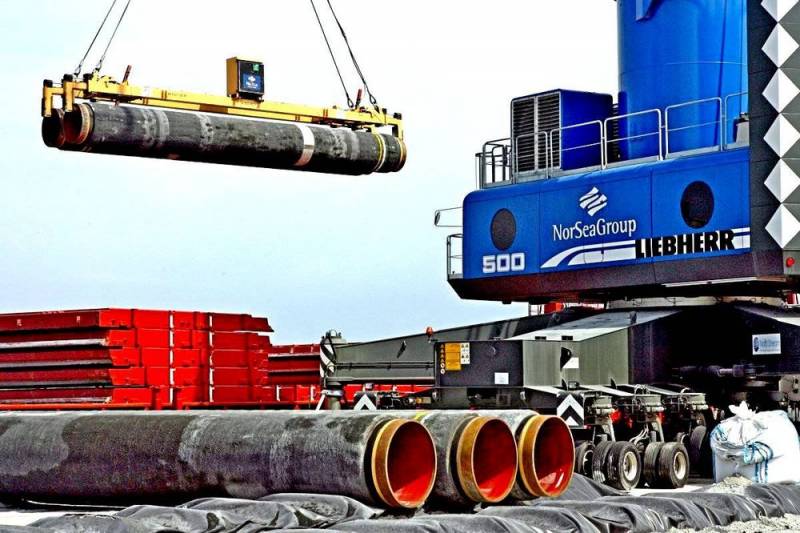 This is precisely the statement made by the successor of Angela Merkel as Chairman of the Christian Democratic Union (CDU), Annegret Kramp-Karrenbauer. Now she holds the post of commander in chief of the German Armed Forces, being the head of the federal military department (Bundesministerium der Verteidigung, BMVg). The Germans often call it “our AKK”.

According to German media, the minister noted the importance of this gas transportation project for energy security and diversification in Germany. The Minister clarified that although the project is complex, Russia has established itself as a reliable, responsible and trusted partner.

It would be dishonest to create the impression that Nord Stream 2 could still be stopped, given the course of events and the agreements already reached.
- she emphasized.

Without a doubt, the words of Kramp-Karrenbauer caused deep disappointment in Washington and increased anxiety in some capitals of Eastern Europe. Meanwhile, Nord Stream 2 has already been built at 83%. We remind you that the partners of Russian Gazprom in the project are the German Uniper and Wintershall, the Austrian OMV, the French Engie and the Anglo-Dutch Shell.

In Russia, meanwhile, appreciated the words of Kramp-Karrenbauer. For example, State Duma deputy Igor Ananskikh called Berlin a reliable partner in the said project. In addition, he recalled that the USSR supplied Germany with gas even during the Cold War.
Ctrl Enter