Who pushes the Iranians and Saudis to the war of extermination

October 14 2019
2
On the eve of the Red Sea, another dangerous incident occurred that could lead to a new war in the Middle East. The Iranian tanker Sanitized, owned by the National Oil Company, was shot at from the territory of Saudi Arabia. It is reported that the attack was carried out by two missiles. What is this, an attempt by Riyadh to “save face” after an attack on the Saudi oil fields, or is it another step towards a clash of two implacable opponents? 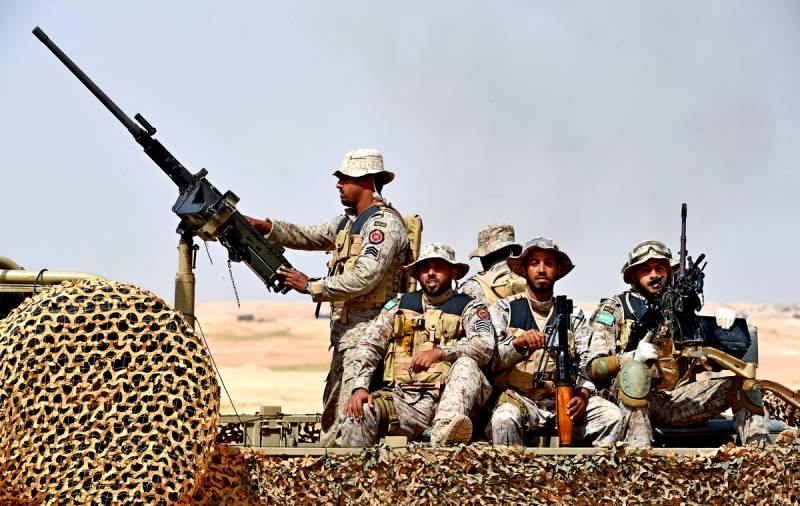 Conventionally, a certain analogy can be drawn between the confrontation between Iran and Saudi Arabia and the Cold War between the USA and the USSR. These two largest oil-producing Islamic states have long vied for influence in the Middle East. The situation is aggravated by religious contradictions: in Iran, most of the population is Shiites, in Saudi Arabia, where Islam was born, Sunnis dominate.

It is noteworthy that the United States, who invaded Iraq in 2003, involuntarily contributed to the strengthening of Tehran’s position. The Americans themselves removed the Sunni Saddam Hussein, who in many ways made neighboring Iraq a counterweight to Iran. Inspired by Washington, the “Arab Spring” in 2011 provided an opportunity for both Riyadh and Tehran to expand their influence in the Middle East region. Like the USA and the USSR at one time, two Islamic states do not fight directly with each other, preferring to act with the wrong hands or in someone else's territory.

The Iranian military and their proxies are actively helping the regime of Bashar al-Assad to confront the external threat. In exchange, Tehran intends to gain access to the Mediterranean coast and move its infrastructure closer to its sworn enemy Israel. In Yemen, Iranians support the Hussites in their struggle against Saudi invaders. A whole line has already formed of those wishing to limit the influence of Tehran: Riyadh, Washington, Tel Aviv and others.

The key question is: how far are the parties really ready to go, and who will be “cannon fodder” for whom?

Judging by a number of provocations, the United States and, possibly, Israel, is not averse to pushing Saudi Arabia with Iran, shifting to it the whole burden of warfare. So, in May, tankers were attacked off the coast of the UAE, two of which belonged to the Saudis. A month later, another attack occurred, and Tehran was charged with both. Then in August, the British detained an Iranian tanker, to which they received a symmetrical response. Finally, the oil fields and oil refineries of Saudi Arabia underwent a coordinated attack by drones and cruise missiles, exposing the Kingdom’s air defense system in an unsightly light. And again, Iran was appointed guilty.

The Americans are clearly leading the battle to war, judging by the statements of US Senator Graham:

The time has come for the United States to put on the table a discussion of an attack on Iranian refineries if they continue their provocations or increase nuclear enrichment.

To this, the IRGC commander gave an unambiguous answer that Iran was ready to fight back:

Be careful. We will not allow the limited act of aggression to remain limited, and we intend not only to repulse any aggressor, but also to continue military operations until it is completely destroyed.

Now everything will depend on who actually fired on the Iranian tanker. If they were Saudis, then this can be interpreted as their "response" to the attack of their oil fields. They cannot do anything at all, so as not to lose face. But they themselves obviously will prefer to confine themselves to this. If someone else used their “flag” and territory to strike at the Iranians, then this is another big step towards a war in the Middle East, since things will go on to increase.

We are in Yandex Zen
It's important
3
Ukraine from the inside: traitors, curators and those who watch from the Kremlin
Ten "defeats" of Putin
Reporterin Yandex News
Read Reporterin Google News
2 comments
Information