October 11 2019
1
A military police patrol of the Russian Armed Forces was attacked with mine-explosive devices in the Syrian province of Deraa. 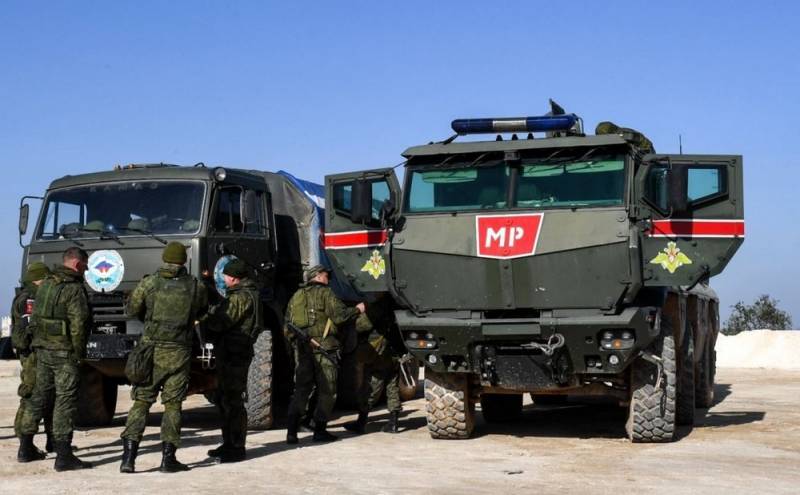 Referring to its own sources, the Syrian opposition-owned agency Orient-news reported that an attempt to undermine the patrol was carried out between the cities of Jassim and Inkel.

According to the agency, as a result of several explosions, one Russian soldier and two representatives of the Syrian Arab army were injured.

Information about the attack on the patrol of the military police of the Russian Armed Forces was also confirmed by the Arabic-language portal Eldorar, which refers to its own sources.

The Russian military department has not yet provided any information. The exact number of victims of the blast and the severity of the injuries are currently unknown.

In the province of Deraa, this is the second attack on the Russian military since the beginning of this year: on June 13, terrorists launched explosive devices near the moving military. However, then as a result of the explosion there were no casualties and combat damage equipment.

After the main forces of the terrorists were defeated, their disparate gangs switched to guerrilla warfare tactics, including mining the curbs on the routes of the Russian military and government employees of Syria.

We are in Yandex Zen
It's important
6
Ukrainian soldier shot colleagues in the Donbass
A series of explosions at the plant for the production of TNT in Russia: a video appeared
Reporterin Yandex News
Read Reporterin Google News
1 comment
Information