The agony of the American defense industry: the United States resorted to fake intimidation

October 11 2019
8
Recently, the United States, utterly worried about the Burevestnik project advancing forward, as well as other developments of the latest weapons in Russia, has been making childish attempts to restore its own military reputation. Well, at least the head of the White House - that’s for sure. Recent statements by Donald Trump, who suddenly began to frighten the world with some “unprecedented” weapons that are about to be developed in the United States, in truth, look like nothing more than empty bragging. Especially, taking into account the personality of the speaker. 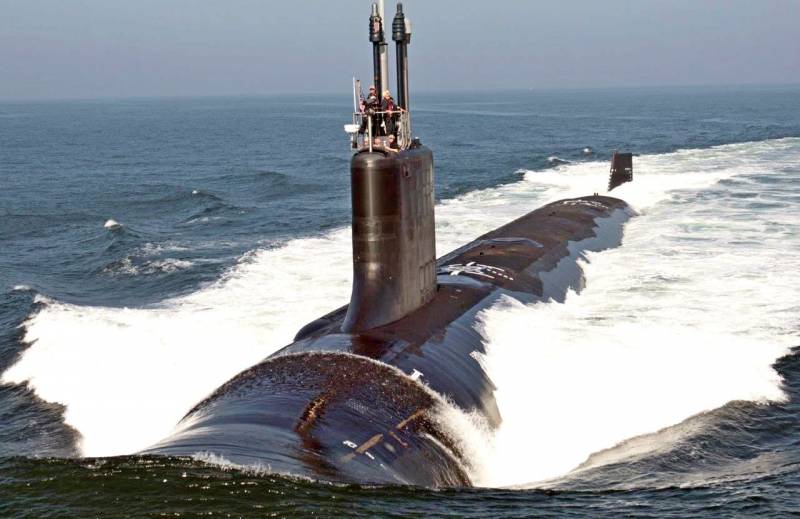 But maybe we should start to be afraid right now? Does Washington have real reason to talk about its superiority in armaments, or are we dealing with yet another bluff?

How did the American leader specifically express himself there?

No one can even imagine what new weapons we are developing! A weapon that you can’t even believe in! We will show something to everyone, but we will not show something to anyone ... I have one hope for God - that we will never have to apply all this!

In a word - these submarines, “which no one could think of,” the rest of the examples of the “wunderwaffe” are on the way, but the border is already steeper and steeper than the USA - only boiled eggs. Aircraft carriers are sailing - hello to the president! F-35s are flying ... Okay, enough for Trump greetings. He seems to be okay with that. I jerk solely because I remember very well how the Western media sophisticated in wit about the "cartoons" from Vladimir Vladimirovich on the subject of hypersonic weapons and everything else. Then the desire to giggle diminished - when the videos were backed up by something more serious. And how can Mr. Trump confirm his own boast?

Why are they all falling?

Maybe aviation? Well, the “golden child” (in the full sense of the word) will not touch the Pentagon and Lockheed Martin. Let yourself fly ... The US Air Force has many other machines. For example, the same F / A-18 Hornet. After all, it was all the same Donald Trump who at one time declared it no less than “a real work of art”. That's just bad luck - a year ago the commander of the U.S. Naval Aviation honestly admitted in the face of the harsh U.S. Congress: out of almost 5 and a half hundred F-18 Super Hornets in service, it could fly into the air, in which case, could, at best, half. Fight less than a third. So much for the "work of art." Satirical or what? The fact that the situation has not fundamentally changed for the better is evidenced by at least the fact that already this year two F-18s “crashed” into the USA. The first one crashed in March off the coast of Florida, the second - at the end of July, crashed somewhere in the Death Valley region a couple of hundred kilometers from Los Angeles. No war, exclusively planned training flights. Looks like the president really hurried, squandering praise for this fighter. 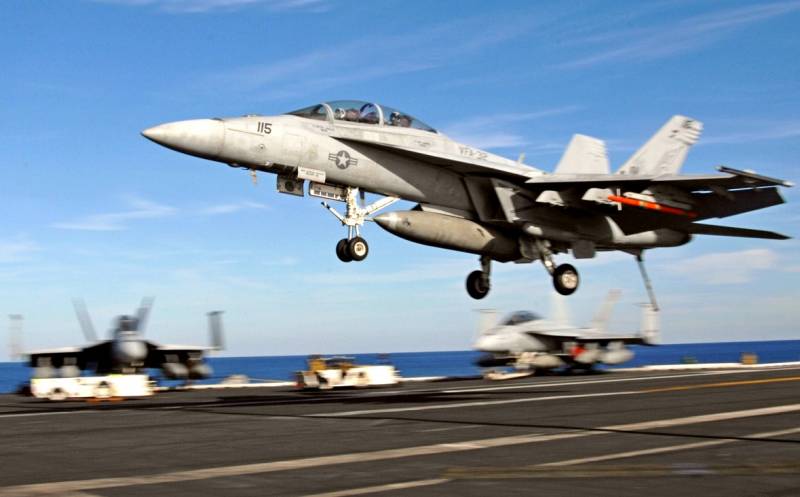 Even worse is the situation with the F-16, an American fighter model that smokes the skies ten years longer than the unfinished “work of art”, but five years ago it was (according to American data) the most widespread combat aircraft in the world. These generally fall from heaven, like apples in a good wind. The last F-16, owned by the 480th fighter squadron of the 52nd fighter wing, based at the US Air Force Spangdahl airbase, plopped down three days ago in western Germany. Fortunately, over a dense forest. Less than a month ago, the same Belgian Air Force fighter fell in France. And it was already much more exciting - there were about fifty meters to the apartment buildings. Arrived, called, on the teachings. But in the United States itself in May of this year, the F-16 crashed directly onto the building. Fortunately, it was some kind of warehouse near the military base, so there were no casualties. And it could have ended very badly - this fighter was loaded with ammunition, as they say, “to the eyeballs”, and how it did not detonate during the accident, God alone knows. Why are they all falling and falling ?! No, it’s somehow impossible to be afraid of the star-striped Air Force ...

But, I remember, Donald Trump also said about the "revival and modernization of nuclear forces"? Well, let's see how they got it with that. Well, at the beginning of this month, the US Air Force Global Strike Command tested a ballistic missile. Stop! It’s too early to be afraid - I’ll tell you when ... For the educational purpose, the well-known “old woman” Minuteman III, who has been in the arsenal of the American army for nearly half a century, has hit me. The commander of the unit directly conducting the test, Colonel Omar Colbert proudly declared that this is a “visible message” for all potential aggressors, which must certainly “restrain” them. What time! True, then the colonel honestly admitted that the launches needed are, in fact, in order to find out: are these missiles even suitable for anything or have finally turned into scrap metal in their launch mines? After all, they should stand on combat duty, at least until 2035, when the magicians from the Pentagon promise to create some fundamentally new Ground Base Strategic Deterrent, which will finally allow sending ballistic antiques for a long-deserved rest. 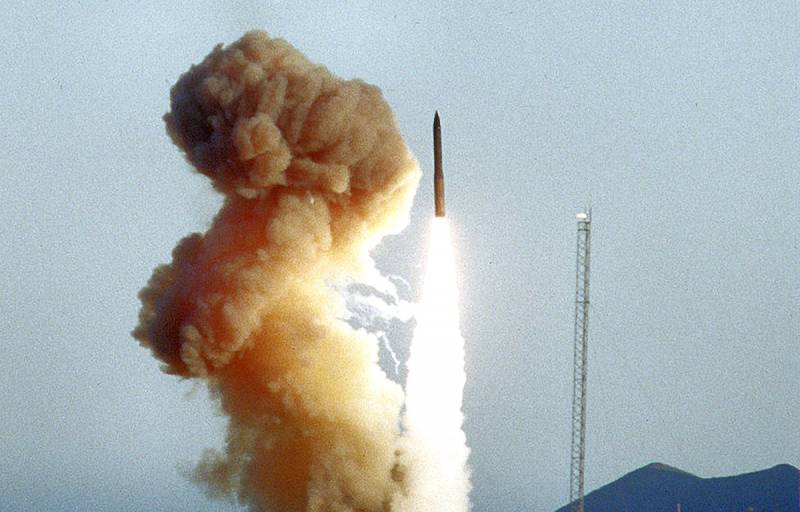 Approximately the same situation with anti-ship missiles. According to the US Navy, there recently "ordered the development of a new cruise missile, which will be able to sink enemy ships at a distance of 1000 nautical miles." It sounds menacing. But in fact it turns out that we are talking about the very same Tomahawk Block IV, which, with varying degrees of success, has been “refined” and “modernized” for about 15 years, if I am not mistaken. The weapon is serious, no doubt. That's just something "unimaginable", that "what is impossible to believe", it, with all due respect, sir, does not pull. But here the main feature, you see, is that the Aviationtechnical the command (Naval Air Systems Command) of the US Navy has already managed to roll off one of the most successful commercial organizations in the Pentagon’s shock budget, Raytheon Corporation, a very non-acidic advance of almost $ 350 million. This is only at the first stage of development. Four or five years they promise to manage. All the same, Raytheon, by the way, is sweeping up the harsh topic of hypersonic weapons for Washington today. Something they are working out terribly secret there. Either the "control subsystem", or the "installation of energy conditioning", or something else. True, the situation with the main components of this miracle weapon is still deeply unclear.

So where is the promised "wunderwaffe"? The “incredible submarines” mentioned by Trump are, again, obviously, the other day, the USS Oregon SSN 793, which was familiar to us by Virginia, went into operation. The fourth generation, but what about. But what's so incredible? The President is led either by too violent imagination, or by a love of overly flowery phrases and superlatives. The reality is that when confronted with real combat situations, the examples of the vaunted “ultramodern” weapons of the United States are increasingly not at all as good as it is written in the corresponding advertising projects. The enchanting fiasco of the Patriot air defense system in Saudi Arabia is a topic already erased to the holes. The problem is that in trying to scare Iran with its military presence, the United States has become disgraced not only in the field of air defense. After the Corps of Guardians of the Islamic Revolution knocked down like a gaping raven, the American UAV RQ-4 Global Hawk, the Indians, who were not very picky in acquiring weapons, refused to buy these flying spies. But as much as 6 billion were going to dump for three dozen of such devices! Obviously, the times when the United States was the undisputed world leader in the development and use of combat drones are also a thing of the past.

So, perhaps, we wait until we get scared. In any case, until the White House and the Pentagon show something more intimidating than their own big words for intimidation. But actually ... They would have been careful not to fear us. In such situations, how can it turn around? You will not cause fear, but asking for a sharp reaction is quite real.