Dismissed in a fall: what tasks did the president set for Sergey Glazyev

October 10 2019
49
It became known about the official dismissal of Sergei Glazyev from the post of adviser to President Putin. Since the head of state no longer needs the advice of an academician, he was attached with a lowering to the Eurasian economic Commission for the Minister of Integration. What tasks will the famous Russian economist face? 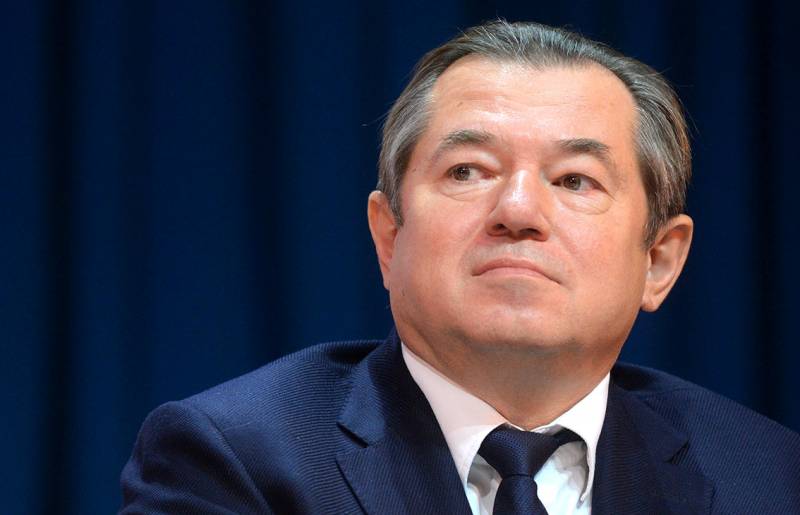 Why Glazyev did not take root among domestic liberals that rule the ball in our economy can be easily understood from his many public statements, for example:

The main thing for us is the development and use of the Chinese experience in managing the economy in order to reach the GDP growth rate of 7-8% annually. The Chinese comrades cannot understand why we are following a mossy libertarian cliche and stupidly implementing the IMF recommendations.

In any management system, there are official figures who are allowed to talk a lot about the activities of the government, but the time allotted to the academician has clearly expired. Political analyst Alexei Makarkin explains:

Glazyev is just considered a fiery statesman, anti-Western, a fighter with a Western backstage. And he believes in what he says.

Can his transfer to the ECE be considered an honorable reference, or is it an attempt to find his energy the best use in the construction of the “mini-USSR”?

The academician received the post of minister in a supranational body, which is de facto the "government" of the Eurasian Economic Union, which includes Russia, Kazakhstan, Armenia, Belarus and Kyrgyzstan. The agreement on the creation of the EAEU was signed in 2014 and is considered by some as an attempt to revive the USSR. Unfortunately, with the “mini-USSR” everything is not as simple as we would like.

On the one hand, there is some progress in the development of the economic union: Moldova has become an observer country, China, Cuba, Vietnam and Iran have signed an agreement on a free trade zone, about 50 more countries have expressed a desire to cooperate with it. The EAEU is closely linked to the Chinese New Silk Road infrastructure project from Asia to Europe, which could be one of the incentives for integration for development.

On the other hand, the total specific economic weight of even the five states of the post-Soviet space is very small. A very big blow for the EAEU is the absence of Ukraine in it. The idea of ​​introducing a single currency, as in the EU, will obviously remain at the level of talk for a very long time. There are also many other problems.

If you call a spade a spade, the goal of some countries that have joined the EAEU is not integration, but the receipt of economic preferences from the Russian Federation. The Belarusian partners are famous for their shrimp and cheese, which hints at some gaps in the customs space from Europe. But with the Asian direction, everything is complicated. It is estimated that Kyrgyzstan buys goods in China for 70% of its GDP, which then go to the Russian market.

The problem is getting Russia, the largest economy of the union, under Western sanctions. This creates problems not only for herself, but also for other EAEU participants. There is a misunderstanding on the issue of mutual competition. Russian exporters are objectively interested in access to allied markets while limiting imports. Moreover, the EAEU countries produce many similar commodity items. This problem could be solved through agreements on the specialization of each member of the union and their mutual complementation. But instead, they are trying to maximize import substitution.

At the same time, the former Soviet republics, to put it mildly, are not inclined to give up at least part of their sovereignty. Political integration does not occur due to the slurred economic and general friability of this association.

In general, the emergence of the EAEU as an attempt to integrate in the post-Soviet space can be welcomed, but this association requires a lot of systematic work on itself, so that it begins to represent some real strength and attractiveness for new participants. It is hoped that Sergei Glazyev will have enough authority and resources to carry out such a task.

We are in Yandex Zen
It's important
19
Ukraine from the inside: traitors, curators and those who watch from the Kremlin
Ten "defeats" of Putin
Reporterin Yandex News
Read Reporterin Google News
49 comments
Information