In Russia, they tested a quantum computer on superconductors

October 10 2019
4
A prototype of the first domestic quantum computer was launched in Russia. This was reported on the eve by the representatives (NITU) of MISiS. The configuration of the device includes 2 qubits made on the basis of superconductors. 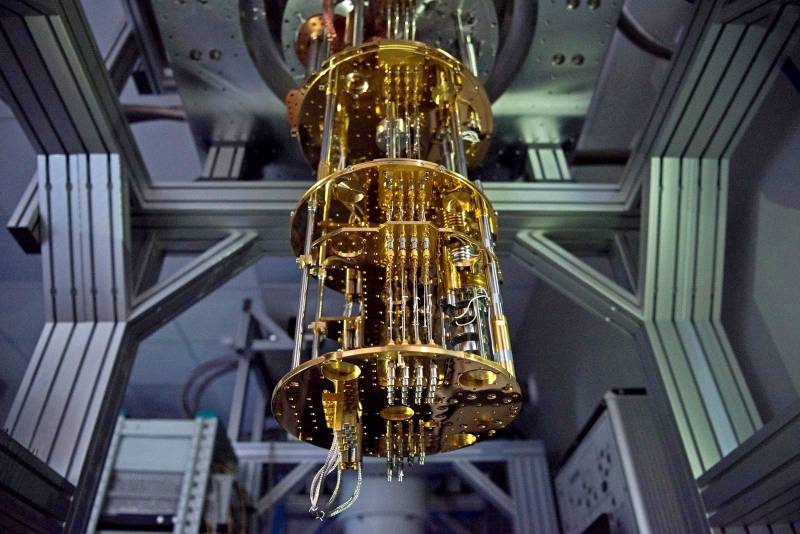 As the first task for the brainchild of Russian engineers, a solution to the Grover algorithm (enumeration method) was chosen. Ideally, a powerful quantum computer can solve the problem with a probability of 100% in one call to the function f (x). However, due to the fact that the apparatus developed by scientists from (NUST) MISiS has a small number of q-bits, the probability of obtaining the right solution was 53%. Which, in general, exceeds the average threshold.

Creating a processor for the first domestic quantum computer involved in the Moscow State Technical University. Bauman project NITU "MISiS." For the efficient operation of the CPU, a unique complex was created on the basis of the university. The latter, thanks to equipment with cryostats, ensures the operation of the system at a temperature equal to absolute zero (-273,14 ° C).

Despite the fact that the prototype of the Russian quantum computer has a 2-qubit configuration, it compares favorably with foreign counterparts. The thing is that domestic q-bits based on superconductors cannot be "lost" and can be built nonlinearly. What can’t “boast” of qubits on individual atoms or ions. In addition, aluminum q-bits created by domestic engineers are better suited for quantum error correction.
Ctrl Enter
Noticed oshЫbku Highlight text and press. Ctrl + Enter
We are
Quantum breakthrough: Russian scientists set a qubit “lifetime” record
What Putin talked about: Russia is preparing a “quantum leap"
Reporterin Yandex News
Read Reporterin Google News
Ad
We are open to cooperation with authors in the news and analytical departments. A prerequisite is the ability to quickly analyze the text and check the facts, to write concisely and interestingly on political and economic topics. We offer flexible working hours and regular payments. Please send your responses with examples of work to [email protected]
4 comments
Information
Dear reader, to leave comments on the publication, you must sign in.