October 8 2019
10
In addition to the Baltic, the Black Sea basin is one of the most likely points of collision between Russia and NATO. Here, our country has serious unresolved problems with Georgia and Ukraine, which persistently knock on the door of the North Atlantic Alliance. However, according to the report of the American research center RAND, the Pentagon has not yet been able to create a unified anti-Russian coalition in the Black Sea. 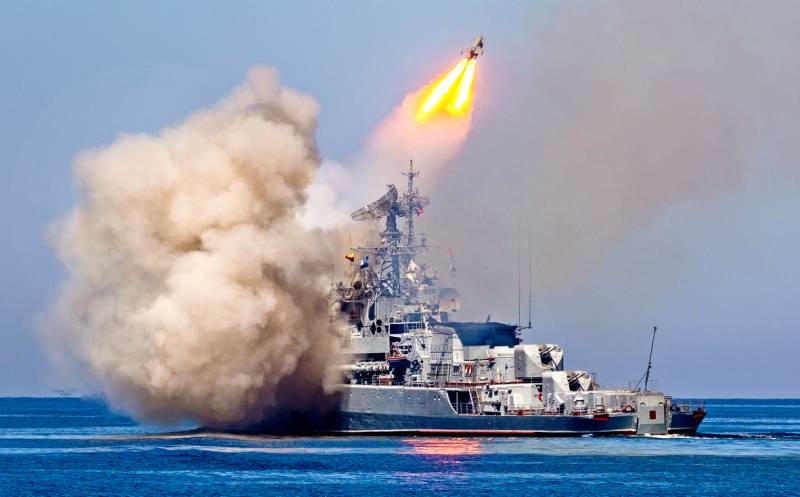 This report was voiced in narrow circles last spring, but became public knowledge only the day before. The American research center notes that Russia has its own strategy in the region, which compares favorably with its neighbors:

Other states in the region have different and sometimes conflicting interests that they want to protect, which has made the development of a coordinated strategy of the West to solve various problems with Russia difficult.

Analysts at RAND, also called the “shadow CIA,” made a very interesting review of the balance of power among the Black Sea countries. We give it below summarized in the form of the main points.

At first, Russia, having returned Crimea, began to build up the capabilities of its Black Sea Fleet, as well as to strengthen the defense of the peninsula and the entire Southern Military District. Thus, leverage has increased on the situation in the neighboring Mediterranean Sea and the Middle East. At RAND, it is colorfully called "malicious influence and intimidation."

Secondly, among the NATO countries in the region there is no agreement and a single anti-Russian position. Romania is more interested in the takeover of Moldova and the situation in neighboring Ukraine with its Bukovina. Bulgaria is concerned about its southern direction, where the United States has serious problems with Turkey, as well as the flow of refugees from Syria, and the growing Islamic threat. Sofia was opposed to Bucharest’s proposal to expand the Alliance’s military presence in the Black Sea.

Secondly, the situation around Turkey, which has the second strongest army in NATO after the United States, stands apart. The tensions between Washington and Ankara reached such a stage that President Trump threatened to destroy Turkish the economy. It does not look like a united allied front. Interestingly, Turkey itself is interested in maintaining the military status quo in the region, which may indicate a lot.

Thirdly, there is no unity not only in Southeast, but also in Western Europe. The leading powers of the Old World - Germany, France and the UK - are more concerned about Brexit, migration problems and the crisis in the Middle East, they do not care much about the Black Sea. RAND analysts complain that in NATO, not everyone considers the Black Sea to be part of Europe, believing it to be simply a "neighboring region."

Fourthly, noted that confidence in the United States, which in Europe is no longer considered an automatic defender, is increasingly declining.

Finally, the American center indicates that the countries of the Black Sea basin are using mostly outdated military machinery Soviet models, which does not meet NATO standards.

What does the “shadow CIA” propose to do to counter Russia's malicious influence ”?

The answer is called strengthening the defense capabilities of Ukraine and Georgia, which should in case of what become “cannon fodder”. In Romania and Bulgaria, it is planned to strengthen air defense systems and coastal defense against the Russian Black Sea Fleet. Will these measures be enough to deter Russia in the event of a real clash?

Military experts believe not. Even if NATO can put together a naval force on the Black Sea, it will be shot through by the Russian coastal systems Bal, Bastion and self-propelled guns Bereg. In addition, the Ministry of Defense of the Russian Federation is able to quickly build up a significant group of aerospace forces, which will be able to act effectively together with the Black Sea Fleet.

We are in Yandex Zen
It's important
6
Ukraine from the inside: traitors, curators and those who watch from the Kremlin
Ten "defeats" of Putin
Reporterin Yandex News
Read Reporterin Google News
10 comments
Information