Why Russian aircraft industry has nothing to oppose Boeing and Airbus

October 8 2019
6
More recently, the head of the Antimonopoly Service, Igor Artemyev, proposed "to destroy state corporations to increase competition." Obviously, a member of the Yabloko party is convinced that a Russian private owner will be able to effectively counter Western corporations within the framework of a market economics. The realities, for example, in the aviation industry, and what domestic companies will expect without state support, can be judged by the endless trade war between Boeing and Airbus. 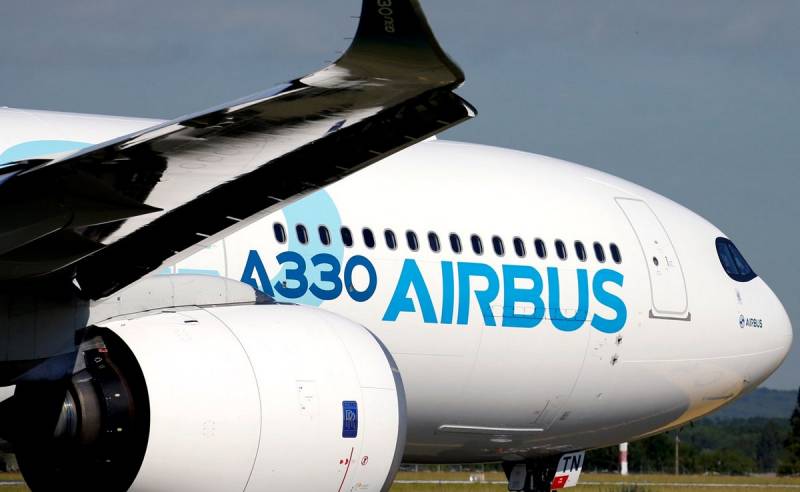 The proceedings between the American and European corporations in the WTO have been going on for a very long time. Unexpectedly for the followers of the “invisible hand of the market” it turned out that both companies received hidden support from the state. Boeing had serious tax incentives, allowed funds received through the Pentagon, including the development of civilian liners. Its European competitor also received multibillion financial support from EU countries in the form of subsidies. This information is for those who naively admire incredibly efficient private business in the absence of government intervention.

It will be even more interesting to learn how Western corporations literally eat up their competitors. In addition to Boeing and Airbus, Canadian Bombardier and Brazilian Embraer are widely known in the aircraft market. These companies made and sold wonderful planes, all as expected in the framework of liberal theory. However, this grace abruptly ended at the click of a finger from the United States.

Two years ago, Canadians signed a contract to sell 75 Delta Air Lines CS100s. In response, Boeing complained to the U.S. Department of Commerce, saying it created unnecessary competition for its 737MAX-7. The result was a promise to raise import duties on the Bombardier CSeries to 300%. That, in fact, is all. Remarkable Canadian planes were left without a market with the assistance of US authorities. Airbus immediately flashed a buzz, which bought a controlling stake in the Bombardier CSeries, renaming it to A220.

The takeover of the Canadian manufacturer by the European forced Boeing to become more active. Airbus also kept an eye on Embraer. Last year, the American corporation created a joint venture with the Brazilian company for the production of civil liners, where Boeing's share was 80%. Apparently, the Embraer management was already aware of their prospects when they would have the “invisible hand of the market”. This is the question of how to compete with TNCs.

Having swallowed those who got in their way, Boeing and Airbus clung to each other even more tightly. In theory, their lawsuit could last for many more years, but the development of the conflict was catalyzed by two disasters of the Boeing 737 MAX 8 in a row. The American corporation began to lose ground in the market, since it did not work out quickly to fix the problem. I had to crush the European competitor in the WTO line to stop its expansion.

Independent Arbitrators have determined that the US will be able to receive compensation in the amount of $ 7,7 billion in the form of duties on goods from the EU. As part of the decision, European aircraft and their components will be subject to a 10% duty. Interestingly, patronage in relation to Boeing will have negative consequences for all global air travel, Airbus executives explained:

If the US Trade Representation prefers to impose tariffs on imports of aircraft and / or spare parts for them, this will result in instability and interruptions not only in the aerospace industry, but also in the global economy as a whole.

A similar decision can be made in defense of the European aircraft manufacturer. In fact, this violates the principle of duty-free access to foreign aircraft, which is used in many countries. In 1999, ICAO defined the following principle:

It is widely recognized that taxes on the sale or use of international air transport are a relatively unjustified form of taxation and may have adverse economic consequences for the further development of this type of transport.

Aircraft can become significantly more expensive for air carriers and prolific discounters. This means that ticket prices will increase, which will reduce the number of passengers on air lines. For the sake of "America, which is first and foremost," the blow will be dealt without exaggeration throughout the global economy. So he asks, what is there to catch after privatization to domestic producers?

We are in Yandex Zen
It's important
5
Peace enforcement operation. Russia inflicts a preemptive strike on Kiev
“The dark August night came the one whom the Ukrainians were waiting with horror”
Reporterin Yandex News
Read Reporterin Google News
6 comments
Information