October 8 2019
2
US President Barack Obama once promised to break the economy Russia to shreds. But none of this worked out. However, the United States continues to have exclusivity. This time, Washington is annoyed by Ankara’s independence. Therefore, the President of the United States, Donald Trump, promised to completely destroy (destroy) the Turkish economy if its leadership does something, in his opinion, not permissible. 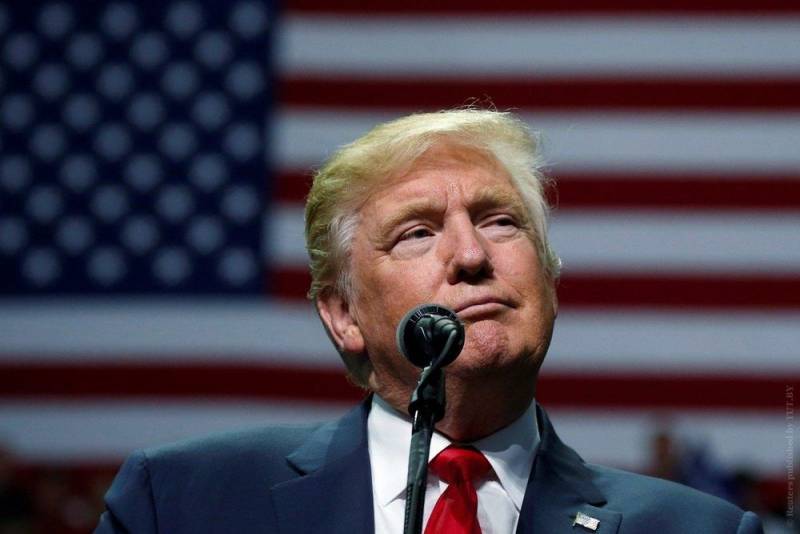 As I stated earlier, if Turkey does anything that I, in my great and incomparable wisdom, consider it beyond the scope, I will completely destroy the Turkish economy (I did it before!)
- Trump wrote in his Twitter account.

But Trump’s irritability didn’t go away and in his next post he wrote that Turkey should be responsible for the captured ISIS fighters (an organization banned in Russia), their relatives and friends. Trump pointedly emphasized that the US has done more in the “fight” with ISIS than anyone could have expected. Now, supposedly, the time has come for the rich countries of the Middle East to take care of this problem.

USA is a great country!
- Trump summed up, confirming his desire to withdraw the USA from ridiculous and endless wars and fight only where it is profitable.

Unfortunately, Trump did not specify whether the Turkish leader, Recep Tayyip Erdogan, should adopt each “bogeyman” -wahhabite personally or it would be enough just to employ them according to the example of the USA. It is known that many captured ISIS terrorists now work as “simple Arabs” in the Washington-controlled Syrian Democratic Forces (SDF) Arab-Kurdish group in northeastern Syria.

Previously we Reported serious contradictions between Turkey and the United States that arose on the Turkish-Syrian border. And Washington, apparently, refused to support Ankara in the military operation planned by the Turks.

We are in Yandex Zen
It's important
2
The secret intermediary between the USA and Iran became known.
Welt: why the Russian economy is not “torn to shreds”
Reporterin Yandex News
Read Reporterin Google News
2 comments
Information