The main candidate to replace Prime Minister Medvedev: who is he?

October 7 2019
48
Russia entered the period political instability. In 2024, the so-called “power transit problem” looms. Western sanctions are constantly growing, so it’s not that simple to let things go on the brakes. Meanwhile, the protest movement from both capitals is moving to the regions, sometimes taking on bizarre forms. 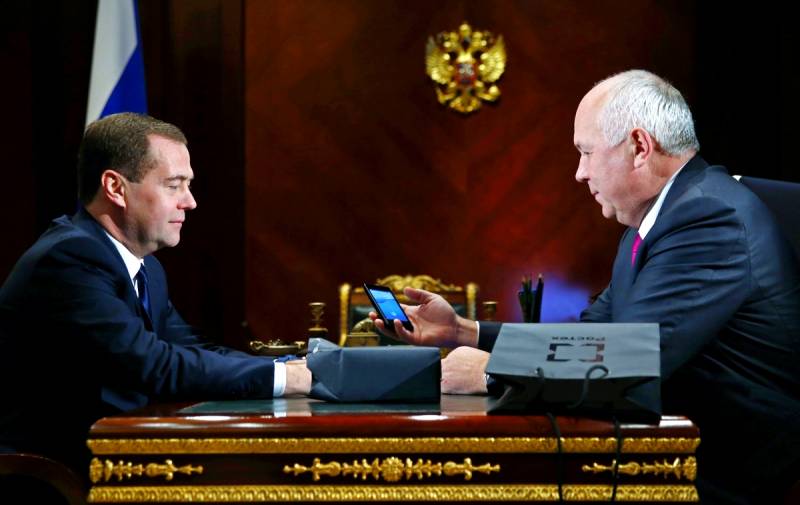 The figures of pagan shamans appearing at the head of regional protests seem very outlandish. It is very significant that unexpectedly for many, the opposition was recently publicly supported by Sergei Chemezov, one of President Putin’s closest associates.

Sergey Chemezov has a very impressive biography. He worked at one time as an engineer, is a doctor of economic sciences, and graduated from the Higher Courses of the General Staff Academy. Through the KGB, he worked in the GDR, where, as reported, he made friends with our current president, Vladimir Putin. Today he heads the state corporation Rostec and is one of the highest functionaries of the United Russia party. It is not surprising that the statement of the head of the country's most important defense concern, which is part of Putin’s inner circle of communications, regarding Moscow protests attracted increased attention:

On the whole, my civic position is this: the presence of a sound opposition is for the benefit of any body, a representative assembly, and, ultimately, the state. There must be some alternative force that prompts something and gives signals in one direction or another.

Chemezov’s words can be interpreted in different ways. Consider the most popular versions.

A signal to the people?

Optimists regarded the statement by the head of the state corporation as the willingness of the authorities to hear the aspirations of their people. All the problems of the country are usually blamed on the liberals in the Medvedev government, which itself does not enjoy the great love of Russians because of a number of ambiguous statements.

In this context, the nomination of the "statesman" Chemezov to replace the "liberal" Medvedev can be done to exhaust a couple of public discontent. The solid background of the head of Rostec gives him certain advances, as well as some time for the authorities themselves, required for "changing horses at the crossing." An old friend Chemezov will be loyal to Putin as the second person in the state no less than the verified Dmitry Anatolyevich.

Signal to the West?

But there are less optimistic views on this issue. The domestic oligarchy, which was attached to the “Kremlin towers”, has already suffered very seriously from Western sanctions, but they don’t see the end and edge. Crimea, which caused a fundamental disagreement with the collective West, is directly associated with the person of President Putin. He cannot play back anything under any circumstances.

However, in 2024, his next powers expire. Various options are called for how he can circumvent the norms of the law on the need for a regular change of power: “castling”, State Council, Union State. Once the “castling” worked, but until 2024 there is still a lot of time, and anything can happen. It is possible that representatives of certain “clans” are not against establishing a dialogue with the pro-Western opposition, demonstrating their constructiveness and willingness to play according to the new rules.

Other explanations are possible. Everyone understands what is happening to the extent of his own understanding.