Why did Lukashenko need Ukrainian missiles

October 5 2019
32
The day before, the first meeting of Presidents Lukashenko and Zelensky took place in Western Ukraine. At the same time, the Belarusian leader threw so many stones into the Russian garden at a time that it is impossible to ignore them. How does Alexander Grigoryevich intend to play the “Ukrainian card” this time? 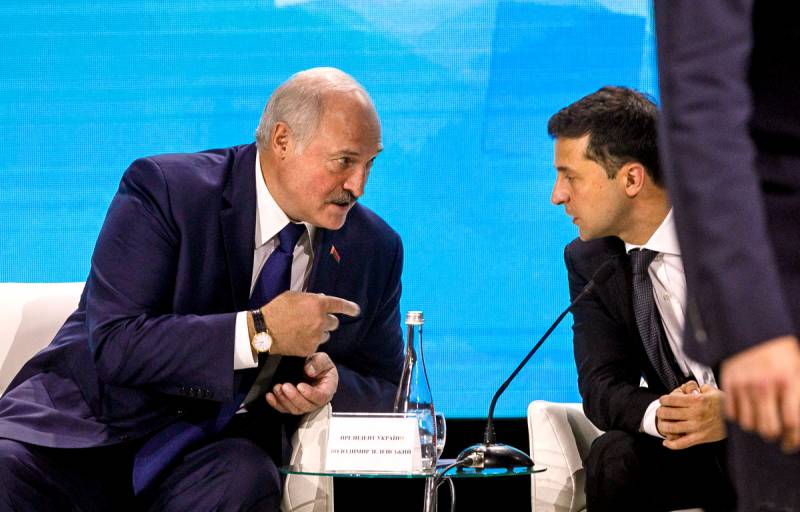 President Lukashenko’s range of interests in Ukraine turned out to be much wider than one might have expected. With all the desire, it is difficult not to notice their clear anti-Russian orientation.

As you know, Minsk “hovers” over the conflict between Moscow and Kiev, taking maximum advantage of it. It was the Belarusian capital that became the platform for taking control of the rebel republics of Donbass and preparing for their return to Ukraine. It is quite possible that it was the Belarusian peacekeepers that could become the guarantor of their security for the first time after the implementation of the Minsk agreements.

President Vladimir Zelensky confirmed that Belarus represents a reliable ally for Independent in achieving peace in his country. Alexander Lukashenko put it much cooler:

We are ready to do something together to ensure that Ukraine is united, holistic, powerful, so that even nobody can look askew here.

After the words about “united and integral Ukraine” and “sideways look” from the Belarusian leader, who did not recognize not only the DPR and LPR, but also the Crimea as Russian, his colleague Vladimir Putin clearly had to choke on tea.

Threat from the east

Alexander Grigorievich expressed himself in the spirit that there are some evil forces who want to separate Belarus and Ukraine, and, moreover, it can come not only from the West, but also from the East:

The more dear our states will be, the greater resistance we will feel.

It is no secret that Kiev’s fundamental refusal to recognize Russian as the second state language has become one of the main prerequisites for the sad events of 2014. Direct communication in Russian was not prohibited, but the entire official workflow in the state is tied to mov. Moreover, most residents of Ukraine and Belarus use the Russian language. In this context, the statement about the special closeness of the Ukrainian and Belarusian languages ​​strained somewhat:

The languages ​​of both peoples are very close.

In other words, the focus is not on what unites Minsk and Kiev with Moscow, but on the fact that they de facto divide them.

Alexander Grigoryevich said that Belarus is interested in creating its own missile program and asks Kiev for help about this:

We are working a lot on the development of the rocket industry in Belarus. We did not have such a production, but you have it. We are very interested in helping you with this.

This is where Sergey Shoigu should choke on tea. President Lukashenko responded to Moscow’s desire to open the Russian Defense Ministry’s air base near Bobruisk.

In general, the Belarusian leader in Zhitomir was annealed not childishly.