The gun against the drone: new realities

February 8 2018
0
In the Swiss city of Chur, reporters were presented with a novelty developed by one of the local startups on the initiative of the police - a special pistol for fighting drones, which is capable of firing a solid synthetic mesh measuring 30 by 50 meters at 2-2 meters. 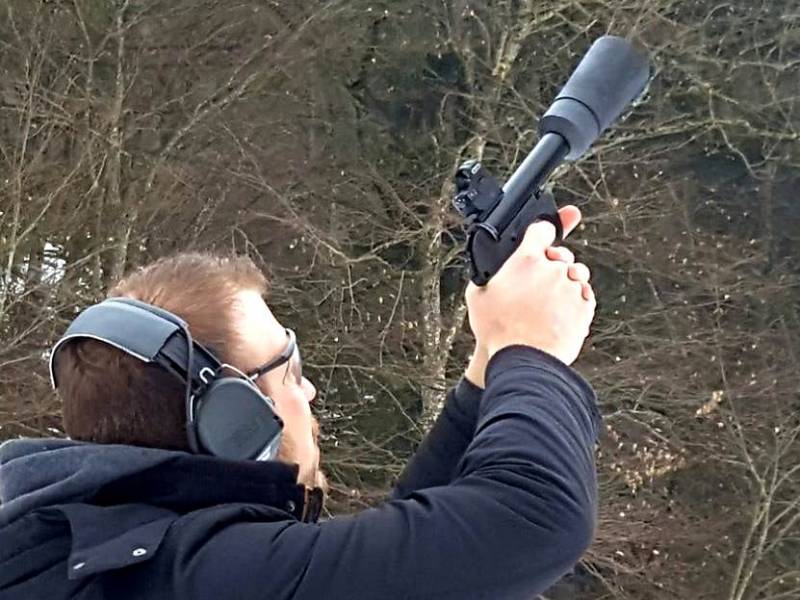 According to the author of the invention, unmanned aerial vehicles (UAVs), in view of their small size, can be used by terrorists as a platform for equipping weapons, and therefore, a gun for fighting drones will be in demand.

According to Swiss media, the new product was tested during the 48th World Economic Forum in Davos - several police officers were armed with a pistol to protect against drones, which ensured the safety of the WEF guests.

Experts say that it was the "world premiere" of the new product. Various devices for fighting drones have existed for a long time, probably since the appearance of the drones themselves. However, their large size and limited range of action made their use ineffective. The gun, invented in Switzerland, is devoid of these shortcomings, which makes it indispensable.

The Swiss Prison Service has already become interested in the invention. In her opinion, the gun will be in demand by prison guards, where drones can deliver not only drugs and telephones, but also weapons. Lenzburg Prison has already acquired two pistols.

A set of pistols and five nets costs up to 5000 francs. The inventor expects to sell several hundred units of the product this year. The product is recognized as a weapon, therefore, its purchase will require permission from the Swiss authorities.
Ctrl Enter
Noticed oshЫbku Highlight text and press. Ctrl + Enter
We are
The first UAV-convertiplane was created in Russia
The Ministry of Defense will defend the 2018 World Cup complexes "Resident" and "Light"
Reporterin Yandex News
Read Reporterin Google News
Ad
We are open to cooperation with authors in the news and analytical departments. A prerequisite is the ability to quickly analyze the text and check the facts, to write concisely and interestingly on political and economic topics. We offer flexible working hours and regular payments. Please send your responses with examples of work to [email protected]
Information
Dear reader, to leave comments on the publication, you must sign in.