Wait for the “Caliber”: Chukotka becomes the bridgehead of Russia against the United States 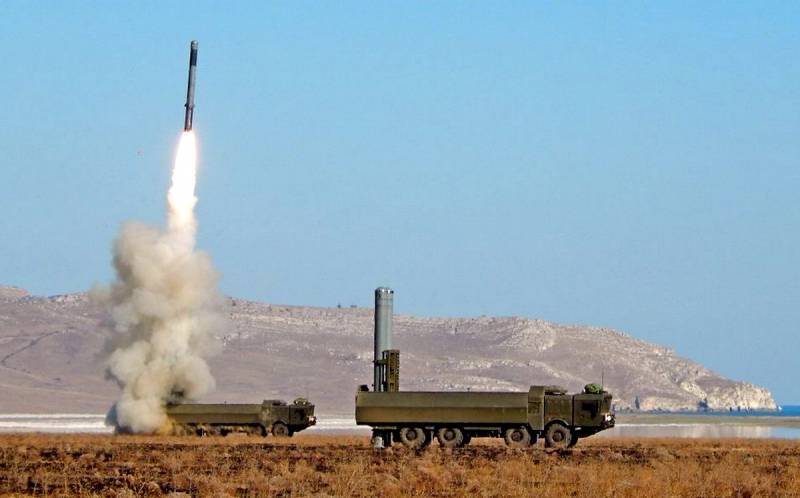 Recent demonstrative launches of Russian missiles in Chukotka provoked an unfriendly reaction in distant London. Famous British Daily Express called launch of the Onyx anti-ship missile launched by the Russian Ministry of Defense with a “dramatic moment”. What gave the British grounds for such dramatic statements?


The following happened last Friday. The coastal anti-ship complex RK-300 Bastion-P was loaded onto a landing ship and transported to Chukotka. From there, his Onyx missile hit a target ship 350 miles away in the Chukchi Sea. Also for this purpose, the vessels of the Pacific Fleet of the Russian Federation successfully shot off with the Vulkan, Malakhit and Granit complexes. The teachings are spectacular in themselves, but why did they cause so much sadness in London?

To understand, you need to look at the map. From our side, Chukotka “locks” the Bering Strait, which, in turn, is the entrance to the Northern Sea Route. A lot has already been said about the strategic importance of the Northern Sea Route. This is the shortest waterway leading from Asia to Europe, of which China is very interested. US intends to delay economic the development of the PRC, they are extremely concerned about Beijing’s plans to include the NSR in its New Silk Road project with the assistance of Moscow. Secretary of State Mike Pompeo directly expressed Washington's displeasure with Russia's special claims to a unique transport corridor:

On the Northern Sea Route, Moscow is already illegally demanding that other countries request permission to pass, letting Russian pilots aboard foreign ships under the threat of the use of military force and the sinking of those who do not fulfill this requirement.

It must be recognized that Moscow has no legal grounds to “appropriate” the Northern Sea Route. But to deny the fact that our country has the longest coastline on it and the necessary port infrastructure would be ridiculous. Without Russia and its icebreaker fleet, the NSR is simply untenable. In peacetime, Moscow cannot directly prevent the American fleet from entering the Arctic. However, in the event of a conflict, it is quite capable of closing it with the forces of its coastal anti-ship complexes, which was demonstrated last Friday.

They have September missile launches and another dimension. Cold War 2 began, and denying it would be foolish. The United States withdrew from the INF Treaty, and Russia, too. Americans are rapidly expanding their military presence in Alaska. The Nome port is already capable of accepting Ticonderoga-class missile cruisers and Arly Burke destroyers; it is planned to deepen it under Ronald Reagan-class aircraft carriers. The Pentagon’s military infrastructure is also being revived in the Aleutian Islands.

The Russian Defense Ministry is forced to respond. It may seem that the Bastions alone will not be enough, since the limited flight range of the Onyx does not allow hitting main targets even in Alaska. However, this is only a prologue to much more serious weapons that may appear in the future in Chukotka. So, in Russia, the development of a version of the Caliber-M cruise missile with increased range has begun. Instead of 2 thousand kilometers, it will be able to fly all 4,5, and also carry a nuclear warhead.

This will seriously change the balance of power in the northeast. From Anadyr, Russian missiles will be able to hit military targets in California, North Dakota, and near Seattle. Moscow last Friday recalled that turning Chukotka into a shock fist aimed at the United States can be done very quickly. And, judging by the recall from London, in the West they understood the hint.

We are in Yandex Zen
It's important
24
Zircon abrupt move: the US did not expect such a quick response from Russia
Ten "defeats" of Putin
Reporterin Yandex News
Read Reporterin Google News
7 comments
Information