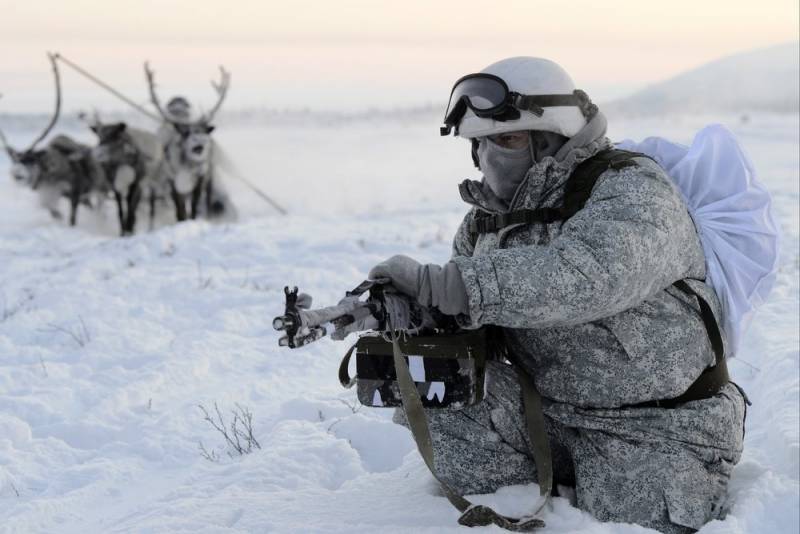 So, on September 27, 2019, in the Norwegian online edition of AldriMer, an article appeared that special forces from Russia were “outraging” in the kingdom. The Russian Embassy in Norway has already expressed its opinion on this subject, calling the article a gross provocation.

Set out in an article by AldriMer.no on September 27, 2019, information about the allegedly actions of Russian special forces in Svalbard is fake. We can not characterize it otherwise than a gross provocation. We consider the publication as part of the systematic work being carried out in certain circles in Norway to plant the image of the enemy represented by Russia.
- said in an official statement of the diplomatic mission.

Russian diplomats believe this is a blatant dump, which is a clumsy attempt to justify the allocation of additional funds to combat the “Russian threat”. Indeed, by “coincidental” coincidence, a new defense budget should be submitted in October, to which recommendations and “justifications” are attached to the long-term development plan for the armed forces of Norway.

We consider such methods to be inconsistent with journalistic ethics.
- emphasized in the embassy.

It should be noted that such stuffing is conceptually accompanied by messages from "informed, but not named sources" in intelligence services and other departments. Moreover, this information is never confirmed.

This time, four “sources” immediately noticed the presence of “traces” of the Russian military on the territory of the Spitsbergen archipelago and on the mainland of Norway. They connected this with the Russians conducting military exercises in the Barents Sea. However, as usual, there is not a single evidence. They did not even bother to take a “muddy” photograph, hoping that they would take their word for it. However, the defense budget of Norway will be increased, there is no doubt about it.
Ctrl Enter
Noticed oshЫbku Highlight text and press. Ctrl + Enter
We are
USA: Russian "Borey" will make America uninhabited
Who “leaked” Petrov and Boshirov: the FSB went on the trail?
Reporterin Yandex News
Read Reporterin Google News
Ad
We are open to cooperation with authors in the news and analytical departments. A prerequisite is the ability to quickly analyze the text and check the facts, to write concisely and interestingly on political and economic topics. We offer flexible working hours and regular payments. Please send your responses with examples of work to [email protected]
3 comments
Information
Dear reader, to leave comments on the publication, you must sign in.