Russian LNG opens a “new front” against the USA

30 September 2019
1
Japan, the main US ally in the Asia-Pacific region, has shown increased interest in Russian gas. Despite possible sanctions risks, Tokyo is investing billions in LNG projects in our country. Practical Japanese show that policy politics, but the energy security of the island state for them above all. 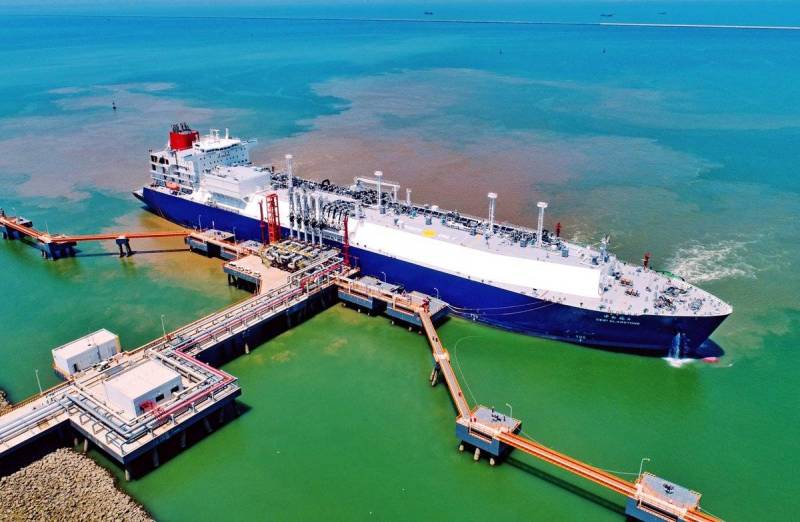 Poor in resources, but industrialized Japan is forced to be an importer of energy. A huge blow to the country's energy sector was caused by an accident at the Fukushima-1 nuclear power plant. Tokyo had to actively increase the consumption of environmentally harmful coal and liquefied natural gas. The island nation is the leading LNG consumer in the world, although recently huge China has been catching it.

The largest suppliers of LNG to the Japanese market are Australia (almost 40%), Malaysia (13%) and Qatar (12%). Russia comes close to the top three with its 8,3%. Japan's gas market is very conservative, diversified and established. It is possible to increase its share only by reducing the presence of other competitors. And for this, Russia and the United States are ready to compete with each other.

The most interesting thing is that Russian LNG has good chances, despite the allied relations of Tokyo and Washington. Our gas is delivered to Japan by tankers under long-term contracts with Sakhalin Energy. But the island nation has shown an unequivocal interest in expanding cooperation with leading Russian energy companies.

So earlier we toldthat Rosneft signed an agreement with Japanese partners on the construction of a new LNG plant in the Khabarovsk settlement of De-Kastri, whose capacity will be 6,2 million tons per year. Another “our all”, Gazprom, intends to expand the capacity of Sakhalin-2, as well as breathe new life into the Vladivostok-LNG project.

Now Tokyo has become a co-investor of Novatek Leonid Michelson. The Russian company is implementing large-scale energy projects Yamal LNG and Arctic LNG-2, in which the Japanese side is already taking part. Initially, it was assumed that gas from Yamal would go to Asia, but de facto most of it goes to the European market. The reason is the difficult conditions of the Northern Sea Route and the lack of a residual number of ice class vessels. A well-known expert in the field of energy, Igor Yushkov, comments on the situation as follows:

This is a long and expensive way that makes deliveries of LNG from Yamal to Asia unprofitable. Therefore, Novatek is forced to supply all of its Yamal gas to the European market.

However, soon everything should change.

At first, the Zvezda shipyard is being built in Russia, where ice-class vessels will be created, as well as the Leader class icebreakers, which will be able to provide transportation along the Northern Sea Route year-round, even in winter.

Secondly, to reduce the cost of logistics, Japanese investors are ready to invest in the construction of LNG transshipment terminals in Murmansk and Kamchatka. Thanks to this, ice tankers can only be used on the most difficult stretches of the track, after loading gas into conventional LNG tankers. This will provide significant savings in delivery, which will make Russian raw materials more competitive in the Asian market.

In this matter, Tokyo demonstrates that its own energy security is more important to it than the sanction solidarity with Washington.

We are in Yandex Zen
It's important
12
Why the "green revolution" in Germany is beneficial to Russia
Peace enforcement operation. Russia inflicts a preemptive strike on Kiev
Reporterin Yandex News
Read Reporterin Google News
1 comment
Information