“Because they are dumb”: the Saudis explained the motives for the attacks on oil facilities

30 September 2019
2
Recently we Reportedhow Saudi Arabia thought about the war with Iran. And so, the Crown Prince of the Wahhabi kingdom, Mohammed bin Salman Al Saud, in an interview with the American television channel CBS, explained the dullness of the drone attack on oil production and refining facilities in his country. However, this is not all the "evidence" of the Saudis who suspect Tehran of malicious intentions. 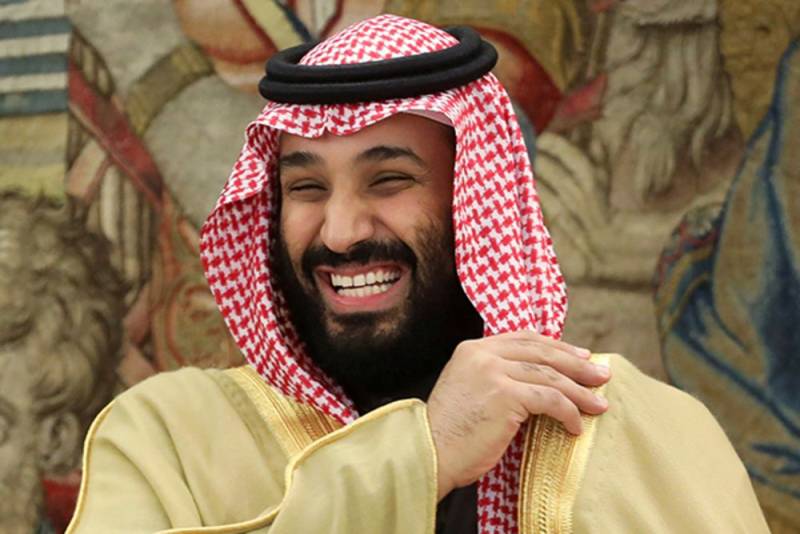 It must be recalled that over the past 40 years, the United States, Britain, Israel and their Arab allies have been trying to destroy Iran’s civilization project. This is their main goal, and the words of the prince only confirm this.

Only a complete fool will try to prevent the export of oil, which provides a significant part of the world market. The only task for the attackers was to confirm that they are really stupid.
- said Ben Salman, whom until recently the entire collective West, literally in chorus, blamed in the murder of journalist Jamal Khashoggi at the Consulate General of Saudi Arabia in Istanbul (Turkey).

The prince specified that there was no strategic sense in the attack. At the same time, answering the question why his country, spending huge money on defense, could not repel the attack, the prince referred to the large size of the kingdom.

Saudi Arabia is the size of a continent. She is larger than all of Western Europe.
- pointedly stated the prince.

After that, bin Salman criticized Iran and began to blackmail mankind. He called on the world community to do everything necessary to restrain Tehran from encroachments and prevent further escalation.

Otherwise, oil supplies will be disrupted, and oil prices will skyrocket to breathtaking heights.
- he said.

Naturally, the prince agreed that Tehran was responsible for the attacks. He called it the actual declaration of war, though without providing any evidence.

But we prefer a peaceful resolution of this issue, because the war between Iran and Saudi Arabia will lead to the collapse of the world economics.
- added the prince.

So, the prince fully supports policies USA and its allies against Iran.
Ctrl Enter
Noticed oshЫbku Highlight text and press. Ctrl + Enter
We are
Saudis will change the heir to the throne due to the killing of Khashoggi?
Russia will run out of oil: Prince Saud made a “prediction”
Reporterin Yandex News
Read Reporterin Google News
Ad
We are open to cooperation with authors in the news and analytical departments. A prerequisite is the ability to quickly analyze the text and check the facts, to write concisely and interestingly on political and economic topics. We offer flexible working hours and regular payments. Please send your responses with examples of work to [email protected]
2 comments
Information
Dear reader, to leave comments on the publication, you must sign in.