US victory: Nord Stream-2 in Europe flies past the heating season

28 September 2019
47
Apparently, Nord Stream-2, which has already been built at 81%, still flies past the upcoming European heating season. This means that Gazprom will remain dependent on Ukraine, at least in the next 2020, which will continue to dictate its transit conditions. Meanwhile, the United States is actively pumping Poland as a regional gas hub, which in the future will be able to replace Russia in the Ukrainian gas market. 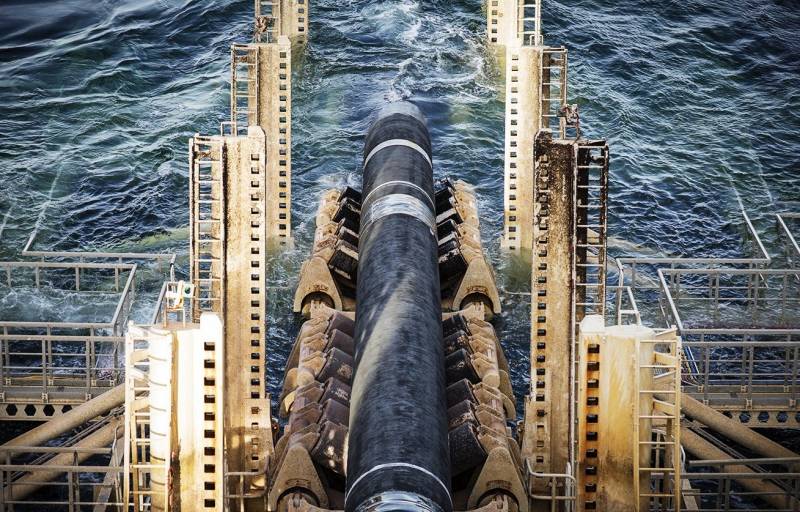 The reason for this is the latest decision of the Danish authorities, which issued an agreement to lay the Baltic Pipe gas pipeline (“Baltic Pipe”) in their territorial waters. Through this pipeline, Warsaw will annually receive 10 billion cubic meters of gas from Norway in transit through Denmark. It can be put into operation already in 2022. Poland showed interest in this project after the famous Munich speech by Vladimir Putin, having decided to reduce its energy dependence on Russia.

In addition, Warsaw relied on LNG by building a receiving terminal in иноwinoujсьcie with a capacity of 5 billion cubic meters. Currently, a program has been adopted to increase its ability to accept LNG to 7,5 billion cubic meters. In addition, the country's leadership plans to build a second LNG terminal, floating, in the city of Gdansk. The Polish authorities have already signed multi-year contracts for the supply of liquefied natural gas with the United States and Great Britain.

After the launch of the Baltic Pipe, Warsaw will be able to claim the status of a regional gas hub. Poland has a chance to become a transit country for American gas to the Ukrainian market, supplanting the Russian one. The speed with which Copenhagen issued the permit for laying the Baltic Pipe indicates that the United States is keeping its finger on the pulse of gas pipelines in Eastern Europe and is working to gradually squeeze Gazprom out.

The affairs of our “national treasure” are, in fact, not very good.

On the one hand, "Nord Stream-2" in its marine part is practically completed, a small Danish site can be covered in just a few weeks. The main obstacle so far is the very Denmark, which with enviable ease approved Poland the Baltic Pipe. Unable to directly ban the Russian gas pipeline, Copenhagen chose the tactic of delaying bureaucratic processes. The Russian gas company intends to sue Denmark, appealing to the decision on the Polish Baltic Pipe.

On the other handGazprom’s problems are much wider than just Copenhagen’s special position. Firstly, even if the offshore part of Nord Stream-1 was ready by January 2 along with the Danish section, it would be necessary to spend a couple of months for commissioning to start the gas pipeline. Secondly, the onshore part of the pipeline in Europe has not yet been completed, which should connect Austria with Germany. Thirdly, European bureaucrats put a serious obstacle to the project in the form of amendments to the Third Energy Package, which threaten to leave the pipeline half empty.

Taken together, all this means that with a probability close to 100%, Nord Stream-2 will not start working on January 1. The well-known Russian expert in the field of energy, Igor Yushkov, comments on the current situation:

If the pipeline does not work by January 1, it will not work by March 1. And then there’s no reason to rush, because the road is a spoon for dinner. Gazprom needed this gas pipeline to ensure the second part of the heating season in Europe, especially in the context of a possible lack of transit through Ukraine.

The bypass gas pipeline almost certainly “flies” past the winter heating season in Europe, and then gas consumption is objectively reduced. This means that the United States won a serious interim victory, and Gazprom partners in Kiev and Brussels will be able to twist their hands even more by imposing long-term transit agreements on unfavorable conditions and obligations to repair and maintain a dilapidated Ukrainian gas transportation system.