US Response: The P-500's “Easy Machine Movement” Will Be Turned Into the BRDS

27 September 2019
15
A month ago, the INF Treaty completely exhausted itself, for decades defining the contours of international security. The initiators of its termination were the United States, intending to again impose Russia, and now China, with its medium and shorter range missiles. It is possible that not only in Brussels, but also in Washington itself, they will still regret this decision, because Moscow, as well as Beijing, will have something to respond to the threat. 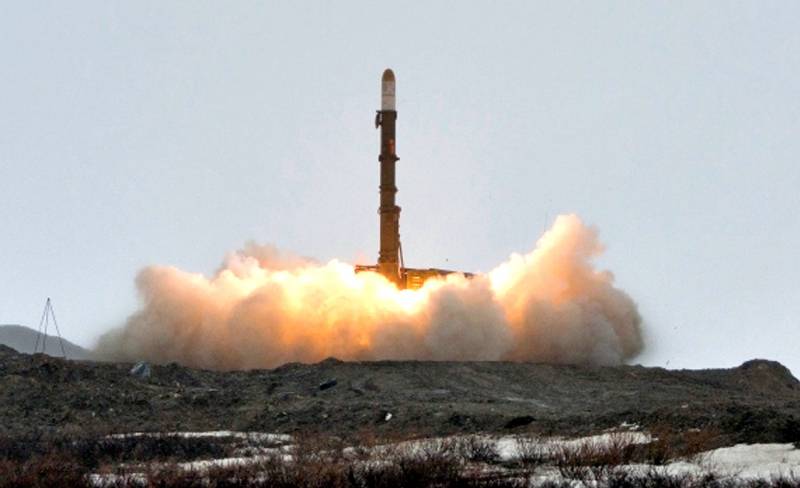 In 1987, Soviet troops were still stationed in Germany, so medium-range ballistic missiles (medium-range ballistic missiles) and shorter-range (BRMD) missiles posed a real threat to NATO. Under Gorbachev, the USSR was not only bound by treaty, but the missiles themselves were thrown “under the knife” by the thousands. After 1991, our border moved sharply to the East, and only from the Kaliningrad region could the Iskander's closest neighbors be somehow threatened under the existing restrictions.

Do not be surprised that both parties to the agreement were looking for ways to carefully circumvent it. The United States was tricky with "target missiles" and missile defense systems in Europe, unified for launching not only anti-ballistic missiles, but also strike cruise missiles, for example, the Tomahawks. But the Russian Defense Ministry did not sit idle, looking at the Americans.

Since the INF Treaty did not limit the deployment of cruise missiles on military vessels, a bet was made on their naval versions. The domestic military-industrial complex has developed several versions of the Caliber, X-55 and X-101/102 missiles. Especially for them, small Buyan-M missile ships were created, which successfully demonstrated their power by striking at militants in Syria. "Gauges" were launched from the Caspian Sea and hit targets, flying 1500 kilometers.

Available technological the reserve can be used to increase their range to 4500-5000 kilometers. Such a flight range is enough to “convey greetings” to both the United Kingdom and even the United States when launched from the Far East or the Arctic. More importantly, the developer of the Novator design bureau will transfer them from the offshore platform to the chassis without any problems. Further, all questions will only be about production facilities, how many “Caliber” and how quickly it will be possible to put on combat duty.

This Russian missile became a formal reason for the US to withdraw from the treaty. Strictly speaking, Moscow did not violate the INF Treaty, since its flight range did not exceed 500 kilometers. But, frankly, the Americans were worried not in vain.

According to experts, the cruise missile has a lot in common with the marine version of the "Caliber". Our craftsmen from the military-industrial complex laid in it the constructive possibility of a radical increase in flight range due to the simple extension of the hull and a larger fuel tank. With the “easy movement" of the machine, a Russian rocket turns into a killer, finishing off at a distance of 1500 kilometers. Mounted on the Iskander, 9M729 can be placed on the western and eastern borders of the country. And again, “warm greetings” to the British and Americans.

Perhaps it’s worth expressing gratitude to our defenders that they didn’t cool down all this time, while the United States “fined” with the INF Treaty, and worked out options for a “rainy day,” which finally came. But Russia now has its own answer. Without a doubt, China will not be indebted if the Pentagon places its missiles in South Korea. Instead of just one “Russian threat”, Washington will automatically get another “Chinese one”.

We are in Yandex Zen
It's important
31
Ukraine from the inside: traitors, curators and those who watch from the Kremlin
Ten "defeats" of Putin
Reporterin Yandex News
Read Reporterin Google News
15 comments
Information