Saudi Arabia thought about the war with Iran

25 September 2019
0
Recently we toldhow the United States and Saudi Arabia began preparing public opinion, "justifying" the beginning of the war with Iran. And now, from Riyadh, frankly militant statements are already made in relation to Tehran. Although “stuffed” with Western weapons, the army of the Wahhabi kingdom could not even cope with the microscopic army of the Hussites in Yemen. 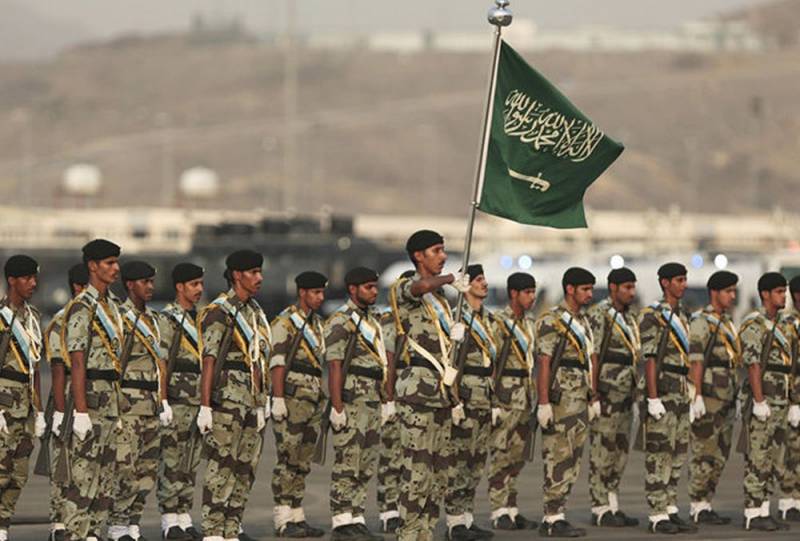 It should be noted that the struggle of the collective West, its Arab allies and Israel, against the civilization project of Iran, has been going on for 40 years. All these years, Iran has been under constant pressure. A range of measures is being used against Iran, ranging from sanctions to elements of state terrorism (Israeli bombing of important state facilities, the implementation of sabotage by intelligence services of Great Britain, the USA and Israel on the territory of Iran).

In May 2019, Iran tried to blame the destruction of a whole tanker fleet of other states. Now he is accused of carrying out attacks (with the help of drones) against “defenseless” oil production and oil refining facilities in Saudi Arabia. At the same time, all sane people on the planet understand perfectly what forces are behind the next tension around Iran.

And so, Saudi Arabian Foreign Minister Adele al-Jubeyr said that Riyadh and its allies are already considering different options for a response to Iran, since the latest attack “was committed from the north.” He emphasized that Riyadh intends to "increase pressure" on Tehran. At the same time, he clarified that diplomatic, economic and military response options. Al-Jubair did not disclose the details of the "military option." He assured that the kingdom intends to "avoid war at all costs," but will not "sit with its hands tied behind its back while the Iranians continue to attack." Minister considers policies Iran is "aggressive, destabilizing and dangerous." Therefore, Saudi Arabia “does not believe that the policy of appeasement works” in relation to Iran.

In this regard, there is no doubt that Iran will be blamed. All that remains is to wait until the end of the “investigation”, the beginning of official accusations and claims. Naturally, the United States, Israel and the United Kingdom fully support the Saudi authorities and share anti-Iranian rhetoric.

At the same time, the Iranian Foreign Minister, Mohammad Javad Zarif, warned that in the event of an attack from the United States or Saudi Arabia, a full-scale military conflict would begin. In any case, the risk is very high. In turn, the Iranian president, Hassan Rouhani, rejects unsubstantiated allegations of his country's involvement in attacks on oil facilities in a neighboring country.

The official representative of Saudi Arabia said that the weapon with which they were attacked was not Yemeni because they saw (inscription) “Ya-ali” on it. But the same (expression - ed.) Is used by Shiites in Yemen. An official who thinks that all Iranians are Shiites and all Yemenis are not Shiites is mistaken.
- said Rouhani.

Rouhani explained that a similar appeal to God is used in Shiite prayers in Iran, and in Yemen, and in Iraq, and in other countries. Therefore, he considers the statement that this inscription proves the Iranian origin of the weapon unreasonable.

And here it is difficult to disagree with the president of Iran. After all, the intelligence services of the United States, Britain and Israel is not at all difficult to make such an inscription. Well, at least the passport of some senior Iranian military was not discovered by the Saudis at the site of the attacks.
Ctrl Enter
Noticed oshЫbku Highlight text and press. Ctrl + Enter
We are
Iran is preparing attacks on Saudi Arabia, media reported
Hussites attacked a Saudi air force base using droneless
Reporterin Yandex News
Read Reporterin Google News
Ad
The publication is looking for authors in the news and analytical departments. Requirements for applicants: literacy, responsibility, efficiency, inexhaustible creative energy, experience in copywriting or journalism, the ability to quickly analyze text and check facts, write concisely and interestingly on political and economic topics. The work is paid. Contact: [email protected]
Information
Dear reader, to leave comments on the publication, you must to register.
I have an account? Sign in