Trump accused socialism and communism of killing 100 millions of people

25 September 2019
17
When some leaders of the Western world speak, one gets the feeling that they are openly raving or taking the rest of humanity for the mentally retarded. For example, at the 74th session of the UN General Assembly in New York (USA), US President Donald Trump said that the ghost of socialism is one of the most serious challenges for the stronghold of "democracy." 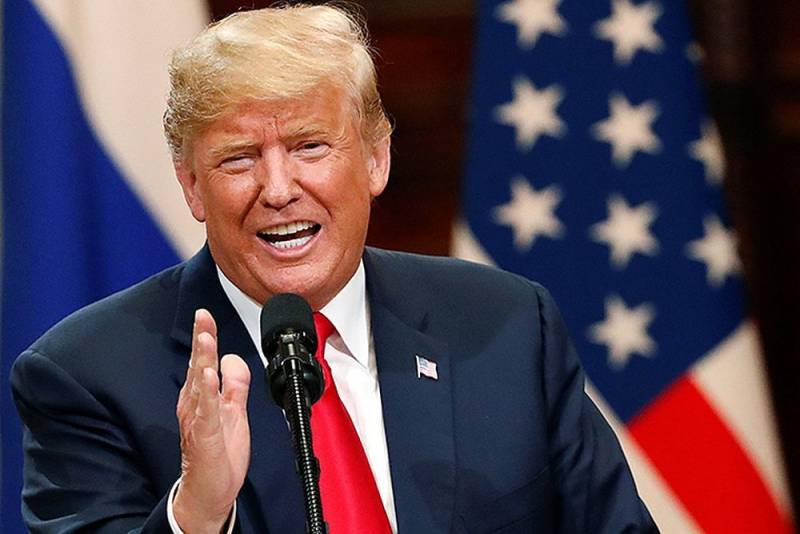 One of the most serious challenges for our country is the ghost of socialism, which destroys society and countries. The events in Venezuela remind us all that socialism and communism are not for the sake of justice, equality, not in order to defeat poverty.
- said Trump.

According to Trump, socialism and communism are needed only for the ruling class to have power. He stressed that the United States will never become a socialist country.

In the last century, socialism and communism killed 100 million people. Unfortunately, we see in Venezuela that the death toll in this country is growing.
Trump added meaningly.

It should be noted that this is not the first time that Trump speaks out in this way in relation to socialism and communism. In 2018, from the rostrum of the UN General Assembly, he called on the whole world (all humanity) to rally in the fight against socialism.

It should be recalled that relatively recently, in historical terms, in the unequal struggle with the “hand of the market”, “human rights”, “freedom of conscience” and “democracy”, about 100 million Indians in the United States fell. Reservations for the indigenous population are still preserved there. At the same time, Britain, expanding its colonial empire, has destroyed more than 200 million people in China, India, Africa and Australia. France did the same in Indochina and Africa, though on a smaller scale. Microscopic Belgium, under the leadership of King Leopold II, has destroyed millions of inhabitants of the Belgian Congo, a huge country in Africa, now known as Zaire, or the Democratic Republic of the Congo.

And after that, Trump has the audacity to say something about socialism. Indeed, under socialism in the twentieth century, it, without a doubt, implies the struggle of the colonies around the world against Great Britain, France, Belgium, the Netherlands (Holland), Spain and the USA. Yes, yes, the USA also had colonies - the Philippines and Cuba. In addition, socialism and communism fought against fascism and Nazism (born precisely of the West) during the Second World War.

At the same time, Trump's cynicism does not surprise us, because for him and others like him, any increase in social guarantees for workers is “socialism and communism”. However, we hope that from the same rostrum of the UN, one of the leaders of the states will take the liberty and voice the results of colonialism, demanding appropriate compensation. After all, the well-being of modern Western society is built on the ruined millions of lives in the colonies.