24 September 2019
2
Former Ukrainian President Viktor Yanukovych, who was forced to flee the country in 2014 due to an armed coup, is considering returning to Ukraine. 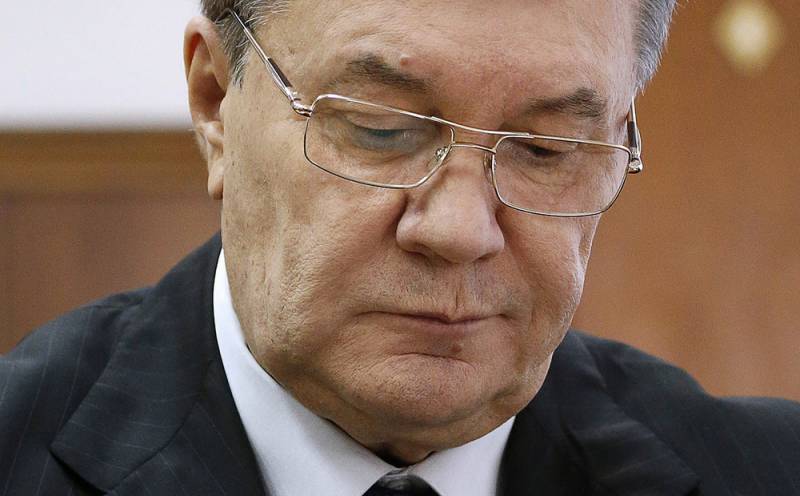 As follows from the statement of the lawyer Vitaly Serdyuk, who is the representative of the ex-president in the Ukrainian court, Yanukovych’s defense is now conducting activities that will allow him to return to Ukraine without fear for his life and freedom.

A video of the lawyer's statement was published on the Channel Five website. The lawyer said that Viktor Yanukovych is temporarily on the territory of Russia.

Also, according to Serdyuk, the ex-president instructed him to “ensure the prosecution of the perpetrators” in the situation with the Crimea, “to commit an unconstitutional seizure of power or a coup”.

It is worth noting that it is hardly necessary to count on the real return of Viktor Yanukovich to Ukraine in the near future.

However, it is easy to guess that from such statements by his lawyer, especially the part regarding prosecution, many Kiev figures lost their sleep.

In particular, those who took an active part in the Maidan and, thanks to the coup, ended up in parliament or state structures.