24 September 2019
7
The United States and its satellites in Europe are putting unprecedented pressure on the Russian-German Nord Stream-2 gas pipeline. To cancel, to delay construction, to halve its capacity - they are ready to take any step so that this project does not take place in the form that was conceived in Moscow and Berlin. Perhaps anti-Russian propaganda is right, and this is “more than just business”? 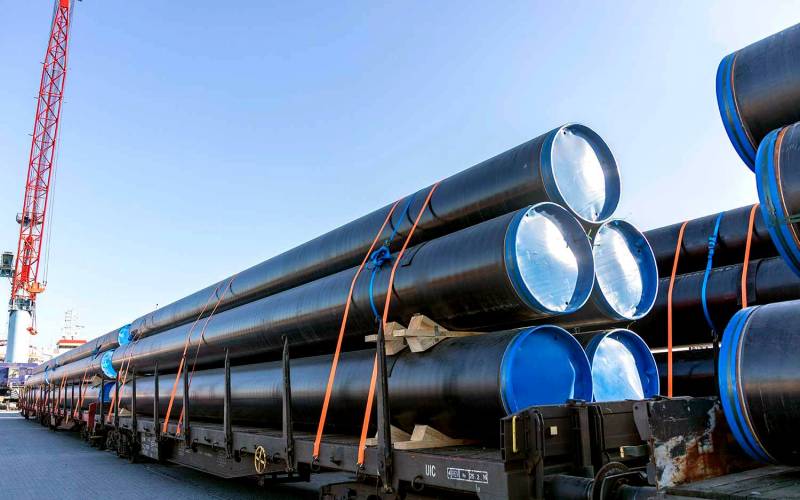 Nowadays, oil and gas are both raw materials and energy carriers. The price of hydrocarbons is included in the cost of production of any product in the form of electric and thermal energy. The cheaper they are, the more competitive the production.

During the Cold War, the United States and Europe were on the same side of the barricade, and Washington was interested in strong European allies, which were to become cannon fodder in a very real clash with the USSR. Everything changed radically after 1991, when the West disappeared the need to compete with the socialist system. Capitalism began a steady expansion, occupying all significant markets, and eventually came to its inevitable crisis.

Exactly a quarter of a century after the collapse of the USSR, the new US president, Donald Trump, recorded this fact by proclaiming his formula for withdrawing from it under the slogan "America First." At the same time, this meant a verdict to the former globalist system, and the European Union from an ally has become quite officially a competitor to the United States, against which trade wars can be waged. Naturally, the game included methods of economic suppression of the industrial potential of the opponent. The increase in the cost of energy for European producers should make their products less competitive than American ones.

To do this, "just" it is necessary either to completely squeeze out Russian "Gazprom" from the EU, or seriously limit its market share. In return, Washington is aggressively imposing its EU liquefied natural gas, which is very expensive. Thus, the Americans kill two birds with one stone. In Berlin, too, are not stupid, so Germany, going towards overseas LNG in the matter of building receiving terminals, continues to cling stubbornly to Nord Stream-2. In the end, it is Germany that looks the most benefited from these gas wars, since its energy system will be as diversified as possible.

From the outside it may seem strange why Europe, which needs to supply hydrocarbons, behaves destructively, putting all kinds of obstacles in the way of gas pipelines being built to bypass Ukraine. But you need to understand that the European Union is not something monolithic: the different countries that make up it often have conflicting interests, and the supranational European bureaucracy even dances to the tune of the United States.

The Nord Stream 2 will eventually be built, but how much he and his fellow Turkish Stream will be loaded depends on the kind of consensus that the Berlin-Brussels-Washington triangle should come to. Our business here is small, to build and swing, as much as they allow.

Based on the last thesis, there is a natural desire to proudly send these Europeans to hell. But everything is “a little bit more complicated” than we would like. Objectively, Russia and Europe are necessary for each other. Voluntary self-isolation will only be in the hands of the United States. It is enough to recall what principles are guided in Washington in the European direction:

Keep Russians outside Europe, Americans in Europe, and Germans in control.

This is a modern variation on the theme of the ancient divide and conquer. Moscow needs to focus on the most adequate forces in Europe and bend its line on deepening economic and political cooperation with the Old World. Oddly enough, now we are on the same side of the barricades, even if not everyone understands this.