The failure of the American missile defense: allies begin to ask uncomfortable questions

24 September 2019
15
The attack on the oil facilities of Saudi Arabia, in addition to a huge heap of the most diverse economic и political troubles for the Saudis themselves, in addition presented an unpleasant surprise to the best friends and closest allies of this country - the United States. No matter how much of their high-ranking politicians and military officials conduct soul-saving conversations that “the attack could not have been prevented in principle,” it will not be possible to correct the matter. You cannot undo what has been done - or rather, in this case, just not done ... 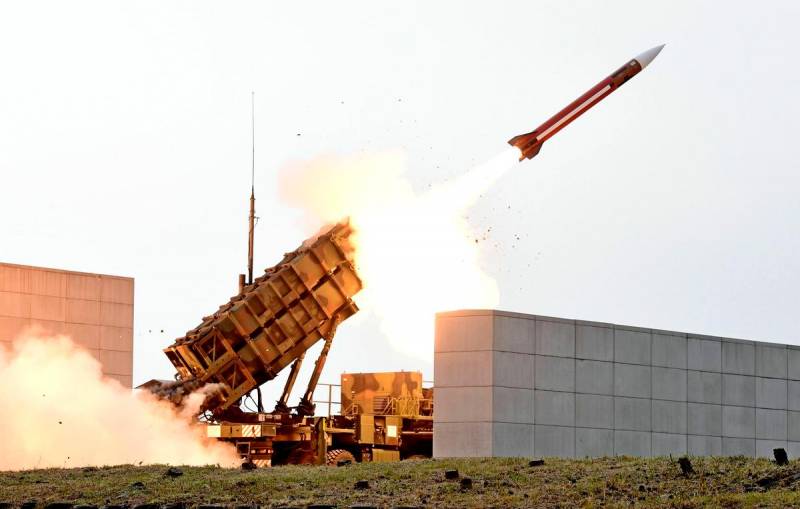 The Allies, dumb from their own audacity, begin to ask questions: “Are the US armed forces really the most powerful, most modern, wielding the most advanced types of weapons and equipment? Or are all the statements regularly distributed on this score from Washington - nothing more than a bluff? ” Do such doubts have any basis and what can they lead to?

And the Pentagon is “naked”!

The story of the narcissistic monarch, who was unscrupulously fooled by scammers who promised him a luxurious dress and instead put him out for general ridicule, has been known to all of us from childhood from Andersen's beautiful fairy tale. A similar situation, only in the role of a cheeky boy who does not recognize authorities and fearlessly opens the whole world to the unsightly truth, the real hostilities took place. The expensive and widely publicized “most modern” American-made air defense system was completely unprepared for them. It was not for nothing that the Russian Ministry of Defense extremely tartly and poisonously went about this incident, saying that the praised American air defense systems, as practice shows, do not completely correspond to their repeatedly announced "excellent" performance characteristics. Some of the domestic experts categorically went so far as to say that the rumors about the effectiveness of the Patriot are not just greatly exaggerated, but in general are completely false. From now on, they can safely be assigned a low honor title - "the worst air defense systems in the world." Well, it’s them, perhaps, over the edge, it can hardly be worse ... However, the fact that, according to reliable information, Riyadh, which had swelled hundreds of billions in American weapons, rushed in desperation to search for new air defense systems in South Korea, says a lot.

All Mike Pompeo’s patriotic speeches regarding the “mistakes of the best air defense systems” and Joseph Dunford’s brains about the need to use “layered and multi-level defensive capabilities” now look, as the British say, “wit on the stairs”. Or, in a much more suitable Russian version for this particular case - “waving fists after a fight”. This is especially obvious when you consider that, according to earlier statements, the defense of Saudi Arabia was just very echeloned: with a hundred launchers of the ill-fated Patriot and almost two dozen radars, which, in theory, were supposed to ensure the detection of the enemy at the farthest approaches, plus a tactical level radar. So what? But nothing, as you know. Nothing good ... An indirect, but extremely weighty confirmation that Mr. Pompeo's statements about the presence of “the best air defense in the world” in his country completely do not correspond to the truth, is a message that appeared recently not anywhere but on the website of the American army. In accordance with this, recently at the Fort Dix training ground, located in New Jersey, ... a test of the promising mobile air defense system BLADE was carried out, which is supposed to protect the US military just from "small aircraft." Moreover, the defense department says that it’s just now “drawing up a roadmap for air defense and missile defense”! Therefore, so far there is nothing at all - no defense, no “map”! Gee ...

Behind the tests mentioned above, is, as one would expect, the CCDC - the Pentagon Command, responsible for scientific, research and design developments in the field of weapons. According to its representatives, BLADE is "only part of a much larger project aimed at creating layered defense against UAVs, cruise missiles and artillery shells." That is, we must understand that it is precisely the fact that the very “multi-level capabilities” that Mr. Dunford speaks about with such a meaningful look are only at the stage of development of individual components! Or, rather, even the filing of well-known "know-how" in a kind of "new packaging." The same BLADE, for example, is, in fact, a somewhat modernized and remotely controlled CROWS turret with an M2 machine gun of 12.7 mm caliber. A compact radar, a thermal imager and some other “gadgets” were hung on it, and now they intend to “install on all military vehicles of the US Army”. Here you have the whole “technological breakthrough”. However, the American "creative" is not limited to this project alone. Once again, lasers are trying to adapt to the fight against air targets. Equipped with laser guns of 50 kilowatts, Stryker were supposed to appear in the troops already in 2022, but the Pentagon decided that fifty was somehow not solid. Now they are working hard on combat lasers 5-6 times more powerful. True, this will postpone the implementation of the project by a few more years, but how it sounds!

At the same time, one of the generals there, Paul Ostrovsky, highlights the “economic effect” of the new weapon. Like, before we shot down targets "with missiles of 100 thousand dollars each", and now "we will get the possibility of unlimited shooting at the enemy." Well, yes, the idiot’s dream: grumble - I don’t want to ... Obviously, the general knows the source of free energy for lasers of the power that his colleagues “swung” at. Yes, and having such dimensions that it can be thrust into a standard army armored car. Incidentally, the US Navy plans to install their own air defense laser destroyers with a capacity of only 60 kilowatts. Note, again - they plan. It is not yet clear which of the announced projects has a real prospect of being realized, and which will remain twists of the developers' inquisitive thoughts. The same BLADE, as stated in the corresponding message, according to the test results "index 6 was assigned." Do you know how it stands for? The system "passed the initial design tests", and its project "may receive funding for further development." The key words here, in my opinion: are “initial” and “maybe”. Well, develop ... At the same time, the Russian "Armor" and "Torah" have long been absolutely real weapons. As, by the way, and laser "Relight".

What else is wrong?

The most unpleasant consequences that the incident in Saudi Arabia could even cause not so much for the Pentagon as for the entire US military-industrial complex are the uncertainty that it sowed about the real viability of American weapons as such. No, actually - but how will the same F-35s behave in a combat situation? After all, no one knows for certain! And the world community, as the hero of the wonderful Soviet comedy said, is plagued by "vague doubts" ... What if this is a "miracle of technology", if he only confronts a real opponent, he will turn out to be as bluff as Patriot? It costs expensive? So American air defense systems are not cheap. “The most modern” and “the best in the world” ?! So about Patriot you, I remember, "rubbed" the same thing! The true potential of any weapon can be estimated at 100% only after one test - war. The next such "exam" the United States failed, as they say, with a bang. However, they manage to disgrace themselves without any military actions in such a way that little seems to anyone. During the “deterrence operation” carried out in the Persian Gulf against Tehran, the Iranian air defense in the direction of the US Air Force did not even spit, and they already suffered tangible losses. It's about the incident that happened on the deck of the USS Abraham Lincoln aircraft carrier, when the approaching reconnaissance aircraft E-2D Hawkeye literally demolished four F-18 Super Hornet, turning them into a pile of scrap metal.

The Pentagon painstakingly withholds the details, however, as it became known, the cause of the emergency was a technical malfunction of either the landing equipment of the aircraft carrier, or the landing "board", or both ... The seemingly perfectly debugged, American arms production machine increasingly crashes , information about which can no longer be hidden. For example, recently, representatives of the US National Nuclear Security Administration announced that the production of again the “latest” B61-12 thermonuclear bombs, which the Pentagon planned to mount on the same F-35s, was delayed for at least a year and a half . The reason is simple - the inspection revealed that some spare parts for these ammunition are simply not suited to hell. Their service life is like that of a cheap Chinese toy purchased at a flea market with a big discount. Thus, the twelfth (as is clear from the index) modification of the “good old” bomb, developed by the Americans on our heads at the height of the Cold War, will not go into the series yet, but will remain at the “development” stage, which lasts between by the way, since 2010. Well, and it will rise in price also very significantly.

An amazing thing - Washington has spent a lot of effort and money in order to oust Russia from the global arms market, and now all this has been crossed out with just one “puncture”. True, it’s very epic ... The statement of Recep Erdogan, who recently became the lucky owner of our S-400 air defense systems, that he is still “ready to consider buying a Patriot”, sounds, in my opinion, already outright Washington trolling. Still scoffs! But what just did not go to the point - from slandering our weapons to threats, or even quite real sanctions against its customers. And now all in vain because of some lousy drones. Or because someone knows how to do self-promotion much better than making rockets and radars?