23 September 2019
2
A curious statement came from the Pentagon. Joseph Dunford, head of the Joint Chiefs of Staff, admitted that the NATO military bloc is losing its advantage over Russia. Is it time to throw bonnets into the air, celebrating our “rising from our knees”, or should the words of a high-ranking American military leader be taken in a slightly different way? 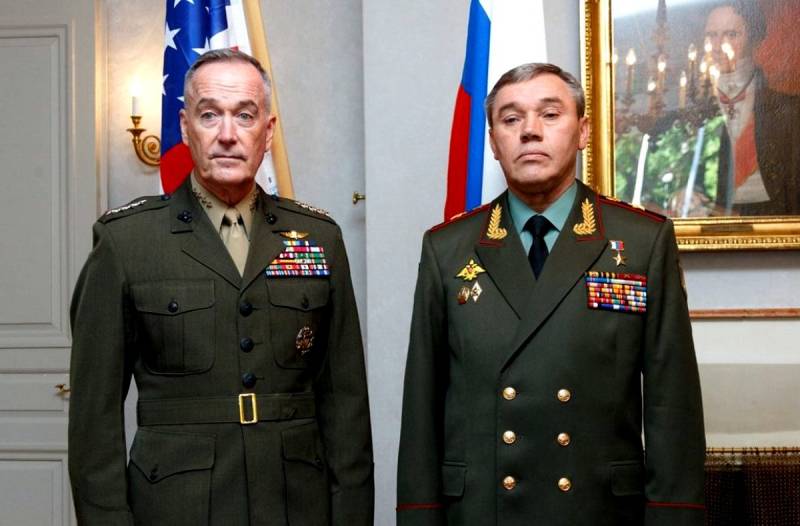 First of all, it should be recognized that the Russian army has indeed made significant progress in recent years. The troops received modern types of weapons, large-scale military exercises are regularly held, including with the demonstrative involvement of the PLA. Many of our servicemen have gained experience in conducting real military operations in Syria. In general, the Russian Federation objectively increased the combat effectiveness and mobility of its Armed Forces, compared with the level of the nineties and the "Olympic War" of 2008, which General Dunford stated:

Russia is a competitor, and NATO’s advantage over Moscow, which is becoming more confident, has declined.

However, the statement of the Pentagon representative should not be taken as an admission of defeat, but as his proprietary recipe for the healing of the "plagued" NATO. The fact is that the military bloc is in a systemic crisis.

At first, the leading Western European powers no longer wish to be the "cannon fodder" for Washington in the war with Russia. Germany, Italy, Spain openly shy away from paying “defense” fees, which President Trump wants to increase even more. There are serious problems between the two states that have the strongest armies in NATO: the United States and Turkey. A single and united fist directed against Russia has not yet developed.

Secondly, seriously, the US president personally had a hand in the disagreement within the EU and NATO. With his slogan "America First", he pushed away from himself the traditional European allies in the person of Germany and France. Great Britain clearly chose the side of the “overseas cousin” and headed for the exit from the European Union, despite the price that would have to be paid. The West is no longer united. There are two rapidly forming axes: Washington - London and Berlin - Paris, which have every chance in the medium term to cling to markets already among themselves.

Thirdly, a natural result was the desire of Europe to regain political and military subjectivity. So, the head of the European Commission, Ursula von der Leyen, announced his intention to create a pan-European "joint military-industrial complex." It will include key enterprises in the defense and space industries. It all looks like preparation for the creation of the Single European Army as an alternative to NATO, where the United States dominates. In addition, French President Emmanuel Macron noted attempts to return Russia to the sphere of influence of the West, pulling it out of China. Obviously, the EU wants to rely on Moscow as a reliable rear, as well as Russian resources.

Finally, it must be borne in mind that the West European powers are completely unwilling to again become targets for Russian nuclear missiles after the termination of the INF Treaty.

The Old World realized that it was up to itself to defend itself, which would require the creation of military and defense industrial structures independent of the United States. It is likely that NATO, as it was understood before, will either disappear or turn into a signboard that does not have a specific content.

This alignment cannot inspire the American military, who are used to fighting in someone else's territory and preferably with the wrong hands. Hence the constant horror stories about the “Kaliningrad threat”, about which we detail told earlier. The Pentagon frightens Europe with tales of the incredibly increased military power of Moscow, making it clear that Brussels cannot do without it.

We are in Yandex Zen
It's important
5
Ukraine from the inside: traitors, curators and those who watch from the Kremlin
Ten "defeats" of Putin
Reporterin Yandex News
Read Reporterin Google News
2 comments
Information