There are too many risks: should Gazprom sign a contract with Ukraine?

23 September 2019
12
A little more than three months remain before the expiration of the transit agreement for gas supply with Ukraine. Tripartite negotiations are currently underway, but reaching agreement is extremely difficult. Gazprom is interested in a short-term extension of the existing contract, while Brussels insists on a long-term 10-year contract. A curious proposal came from Kiev to conclude a transit agreement for 5 years, clearly spelling out all transit volumes in it. Should Moscow give the go-ahead? 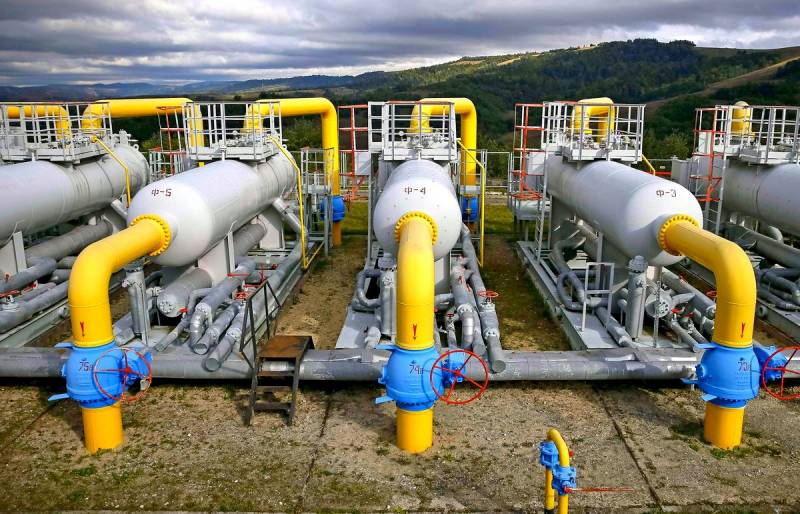 The plans of Naftogaz are truly Napoleonic. The minimum program for a Ukrainian company is to load its GTS at a level of 60 billion cubic meters of gas per year. Then pumping thousands of cubic meters over 100 kilometers of the pipeline will cost Gazprom $ 3,21. If the Russian monopolist fills the Ukrainian pipe to capacity, at the level of 90 billion cubic meters, then Naftogaz gives a generous discount of up to $ 2,56 for pumping the same volume.

It would seem that finally a serious and substantive conversation began with concrete figures, but in reality everything is not so clear.

First of all, the main thing here is not the size of tariffs, but the principle of approach to contractual obligations. Well-known expert in the field of energy Igor Yushkov comments on the proposal of Kiev:

If Ukraine used to depend on Russia according to the “take or pay” formula, now they want to hang contractual bondage on Gazprom on the “download or pay” principle. And this is exactly what the domestic “national treasure” is trying to get away with all its might. There are too many risks:

At first, it must be borne in mind that the negotiation process is taking place against the backdrop of US attempts to gain a foothold in the European gas market. If Gazprom subscribes to a tough 5-year agreement, then through the fault of Ukraine as a transit country, at some point it may not fulfill its obligations. For Washington, this will be a wonderful argument on the issue of forcing Europe to buy more expensive, but "democratic and reliable" American LNG.

Secondly, deliveries can be disrupted without malicious intent on the part of Kiev. It is no secret that the Ukrainian GTS is very worn out. As they say, where it is thin, it breaks there. Any excesses can occur at any moment. From this directly follows another headache of Gazprom. Europeans do not even hide that they want to hang the burden of maintaining and modernizing the Ukrainian gas transportation system on a Russian company. And where will it go if it is contracted by a tough agreement for the next 5-10 years with a dilapidated pipe? Have to shell out at the expense of Russian taxpayers.

Thirdly, a logical question arises, why then were the budget billions spent on the construction of bypass gas pipelines? If Kiev receives another contract for 5-10 years with pumping volumes of 60-90 billion cubic meters, then Nord Stream-2 and Turkish Stream will turn from “our everything” into an expensive monument of not very successful geopolitics.

It is hardly worth subscribing to the Naftogaz offer. Most likely, the parties to the negotiation process will lower their rates.
Ctrl Enter
Noticed oshЫbku Highlight text and press. Ctrl + Enter
We are
Peace enforcement operation. Russia inflicts a preemptive strike on Kiev
Kiev gas blackmail: brave Ukrainians did not take into account one moment
Reporterin Yandex News
Read Reporterin Google News
Ad
We are open to cooperation with authors in the news and analytical departments. A prerequisite is the ability to quickly analyze the text and check the facts, to write concisely and interestingly on political and economic topics. We offer flexible working hours and regular payments. Please send your responses with examples of work to [email protected]
12 comments
Information
Dear reader, to leave comments on the publication, you must sign in.