18 September 2019
4
Ukrainian media reported that according to a statement by Ukrainian Foreign Minister Vadim Priestayko, the meeting (summit) in the “Norman format” (Russia, Ukraine, France and Germany) did not happen due to Russia's fault. The event was supposedly to be held on September 17, 2019. 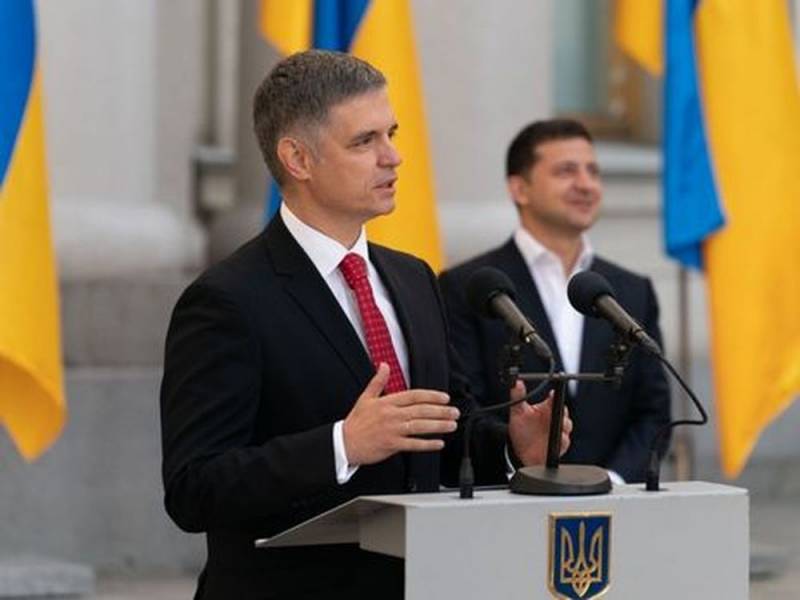 It should be noted that the new Ukrainian authorities have been hatching plans for a meeting for several months, for the sake of the meeting. That is, not for the sake of resolving some issues, but for the sake of the president of Ukraine Vladimir Zelensky showing off against the backdrop of influential world-class statesmen. That is why Priestayko claims that Zelensky is ready to meet at any time (he does not need to prepare).

Unfortunately, the Russian Federation this time for technical reasons was not able to take part.
- the minister said during a joint meeting of committees of the Verkhovna Rada of Ukraine on foreign issues policy and Ukraine’s integration with the EU.

At the same time, he emphasized that France and Germany were supposedly ready for a meeting. Now it is planned to carry out some work, "to find time for the four leaders."

Today I will talk later with the Minister for Foreign Affairs of Germany
- Pristayko pointedly pointed out.

It must be added that this newly-made high-ranking, intrusive official forgot to talk about the most important thing. On September 17, 2019, at a meeting of the Trilateral Contact Group (TAG) in Minsk, Kiev refused to sign the “Steinmeier formula”. That is, Ukraine does not need a special status of Donbass, and conversations about peace will remain conversations.

For example, the Ukrainian side refused to sign a document that would guarantee the beginning of the separation of forces and assets in the area of ​​the settlements of Zolotoe and Petrovskoye. It would seem a trifle, but what a significant one. After all, after that, everyone is encouraging talk Ukrainian military on the withdrawal of troops from the contact line in the Donbass already look very different.

It must be recalled that the last time the “Norman format” in full force was assembled in 2016. Since then, nothing has changed. By the way, on September 15, 2019, right before the meeting in Minsk, the US State Department Special Representative for Ukraine Kurt Walker said that the implementation of the "Steinmeier formula" is possible only after the elections are held in the Donbass. After that, Kiev began to prepare again to shout that Moscow was to blame.