Weapons of victory: What the drone attack on the Saudis showed

17 September 2019
11
The extremely successful attack carried out by the Yemeni Hussites on the oil-producing infrastructure of Saudi Arabia not only raised the quotes of “black gold”, but also posed an important question. How realistically are the richest countries in the world protected from their poor neighbors who have nothing to lose? 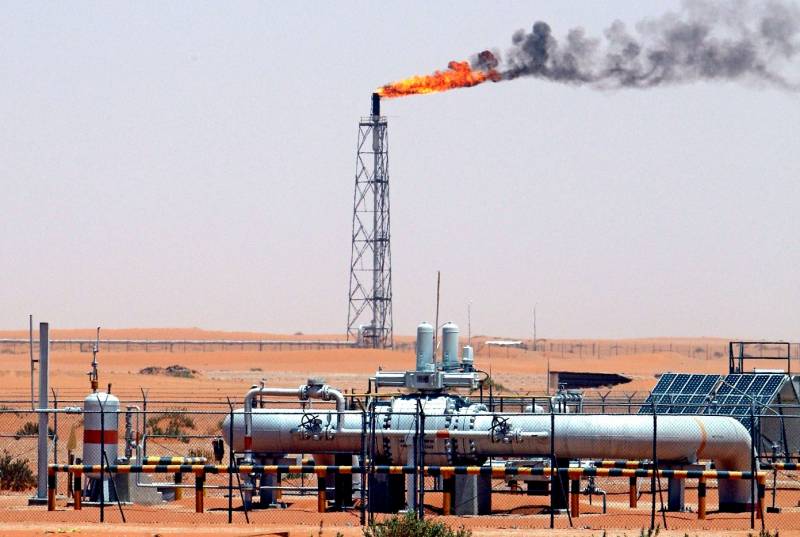 On the night of September 14, several UAVs and, possibly, cruise missiles flew into the airspace of one of the largest oil producers in the world and, with surgical accuracy, hit an oil refinery and the most important field in the Kingdom. The damage is estimated at hundreds of millions of dollars, oil production declined, its quotations on the world market jumped sharply. The drone attack was Yemen’s response to military aggression from Riyadh.

A logical question arises, why was one of the richest countries in the world, Saudi Arabia, unable to protect the main source of its wealth from the “barefoot rebels”? This is all the more interesting because the Saudi are armed with American Patriot air defense systems.

Experts attribute the incident to the fact that Riyadh did not tritely expect this from Yemenite Hussites. Kingdom air defense covers directions critical of the "systemic" adversary: ​​Israel, Iran, and now Qatar. Also, the "Patriots" must ensure the security of the capital of Saudi Arabia. Drones and rockets flew, taking into account terrain features, at night. It is reported that wreckage of UAVs was discovered in the desert, that is, something was nevertheless shot down, but most of the drones and missiles were “missed” by the Kingdom’s radars and American AWACS E-3A AWACS aircraft.

Of course, now Riyadh will not stint on the layered air defense system of its oil infrastructure and will already be on the alert. But in fact, this means the need for multi-billion dollar investment in air defense due to the risks from the “cheap” UAVs. And this is a serious problem for everyone.

Development today of technologies and the availability of components allows you to rivet drones literally on your knee and successfully use them. The war in Iraq and Syria showed how the militants of the ISIS banned in Russia got the hang of adapting artisanal UAVs for bombing and destroying enemy regular army equipment. The Russian air base in Khmeimim is constantly attacked by terrorist drones, which are shot down with the help of electronic warfare systems and the Pantsir-S air defense missile system. By the way, a single launch of the “Shell” missile costs the budget several orders of magnitude more expensive than the cost of a drone assembled by terrorists.

The war on the depletion of resources in Syria is clearly not in our favor. Also, billions of dollars will have to be laid out by Saudi Arabia to fight the “cheap" Hussite drones. Today, China has become one of the leaders in the development and production of UAVs, one of the first to understand the market's prospects. Firing a cannon at a sparrow is inefficient. The military-industrial complex urgently needs a practical and inexpensive response.