Why Gazprom has already lost in the gas war

17 September 2019
84
The situation surrounding the transit of gas to Europe through Ukraine should serve as a good lesson to all liberal adherents. economics with her "invisible hand of the market." There is certainly an invisible hand, but it belongs to more powerful players in the person of Washington and Brussels, who rewrite the rules in their favor during the game. Having sat down at a table with cheaters, the main thing is not to leave without pants at all. 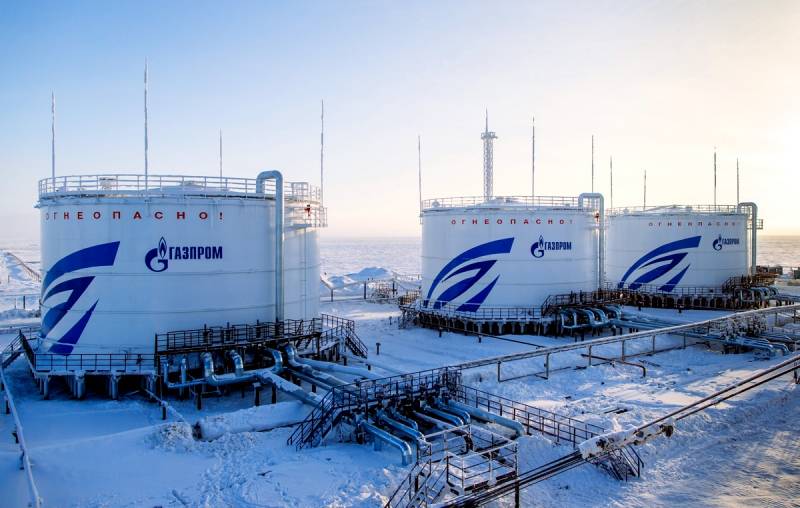 Let’s say bluntly, the Kremlin had a chance from February to May 2014 to radically change the situation in its favor. Instead, it was decided to negotiate, as well as to look for workarounds for transit routes. Around Ukraine, two large-scale pipelines were launched: South Stream and Nord Stream-2. But then the invisible hand joined the game.

Under pressure from Washington, the Bulgarian authorities began to openly sabotage the South Stream, which was so advantageous for them, the construction of which had begun even before the Maidan, and as a result, Gazprom refused to provide Sofia with services. In exchange, an alternative “Turkish Stream” was developed, however, Ankara, clearly not on its own initiative, rejected the idea of ​​four transit lines, agreeing only on two. Of these, one pipe was intended for actually Turkish consumers, and the second - for the market of southern Europe. Recall that Moscow has already begun to disagree with Ankara over tariffs: President Erdogan is squeezing the most out of his transit position in order to get the biggest discounts.

It is not easy with the Nord Stream-2. Under pressure from the United States, Denmark is still dragging on issuing permission to use its territorial waters to complete the construction of the offshore gas pipeline. Brussels, in turn, adopted amendments to the energy package, which threaten to completely leave one of the two pipes empty. The prospect is absolutely real: just the other day the European court abolished the exception previously made for the OPAL gas pipeline, which is a branch of the Nord Stream-1 pipeline. The bitter irony is that the Ukrainian GTS now has to be loaded harder.

Replay "cheaters" does not work. Both European bureaucrats and the United States are leading to tighter Russia tied to Ukrainian transit. Their task is to impose on Gazprom a long-term contract in return for the expiring one and hang up obligations for Moscow to maintain the dilapidated Ukrainian gas transportation system. In this scenario, bypass pipelines built for budgetary billions will be half empty, acting as understudies.

Like a man drowning in a straw, Gazprom seized on the fact that Ukraine had voluntarily joined the European energy rules. Theoretically, this gives a chance to continue pumping gas through Independent and without a signed contract. Kiev will be required to periodically hold auctions, and the domestic monopolist, as the only supplier, will be able to buy out capacities. Well-known Russian expert Igor Yushkov explains:

If they had established a system for conducting auctions without a contract, then it would not have been necessary to agree with Naftogaz or with the GTS operator separated from it about the fact of transit. Then two parties would have responsibilities. At the very least, clear rules of the game will be defined.

The first problem is that Ukraine has not yet implemented (failed to fulfill) its obligations under European law. Ironically, this should happen on January 1, 2020, the day the current transit contract expires. But will Kiev meet Moscow?

The second problem follows from the "cheating" practice of rewriting the rules of the game described above. Who will stop European bureaucrats from changing auction rules again under Gazprom, making them the most unprofitable for a Russian company?

In other words, replaying Brussels and Washington on their field is simply unrealistic. The problem of Ukrainian transit (and with it a bunch of other problems) must be solved in a different way.

We are in Yandex Zen
It's important
44
"Turkish Stream-2": will Russia step on the "Bulgarian rake" again?
After a conversation with Putin, Merkel made harsh statements
Reporterin Yandex News
Read Reporterin Google News
84 comments
Information