16 September 2019
2
Recently we Reportedas the Russophobic leadership of Poland remained almost proudly alone at an event in Warsaw dedicated to the 80th anniversary of the outbreak of World War II. And so, on September 16, 2019, Chairman of the Board of Trustees of the Russian Military Historical Society Sergey Ivanov at a meeting of the international scientific conference “USSR Strategy for the Prevention of World War II in Europe and Asia,” recalled how former British Prime Minister Winston Churchill compared Poland with a hyena . 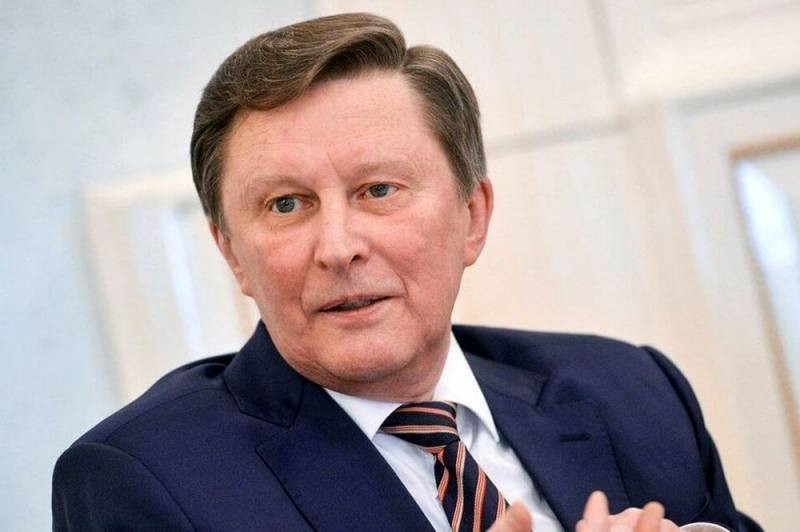 Ivanov noted that Russia in the West, especially in Poland, is regularly accused of “propaganda”. At the same time, Ivanov proposed recallhow, as a result of the Munich agreement of 1938, Poland captured the Cieszyn region of Czechoslovakia.

But let's listen to Churchill then. Churchill said that Poland had acted like a hyena all the pre-war years
- said Ivanov.

According to Ivanov, the causes and results of World War II should be the subject of a close study of historians and the politicization of this process is unacceptable. After which he urged to be away from ideology, policy and other "revolutionary expediency."

I urge things like 1939 (the non-aggression pact between the USSR and Germany, as well as the beginning of World War II - ed.) To be discussed by historians, not politicians, there should be no politicking or ideology
- emphasized Ivanov.

After that, Ivanov expressed concern about the level of knowledge of history by Russian students. After which he suggested focusing precisely on this issue.

The further we move away from the events of 1939, 1941, or 1945, the easier it will be to convince the younger generation, which is not very interested in history. Incidentally, this is a problem for us, and not just an attack on the West. At present, our schoolchildren do not know history as well as my generation knew. Surveys of students in fifth-sixth grades on very simple questions: with whom did the Soviet Union fight, how did the Great Patriotic War end, to put it mildly, different answers, which were not there before
- summed up Ivanov.

It should be added that Ivanov is right, since few people are currently worried about Napoleon’s invasion of Russia in 1812 and the events of an even deeper past. That is why it is necessary to stop in every possible way the publications of falsifications, in which they try to shift the blame for the outbreak of World War II to the USSR, blocking the West and justifying Germany.
Ctrl Enter
Noticed oshЫbku Highlight text and press. Ctrl + Enter
We are
Duda suggested sending the wounded in the Donbass military for treatment in Poland
At a dump in the UK found personal belongings of Winston Churchill
Reporterin Yandex News
Read Reporterin Google News
Ad
We are open to cooperation with authors in the news and analytical departments. A prerequisite is the ability to quickly analyze the text and check the facts, to write concisely and interestingly on political and economic topics. We offer flexible working hours and regular payments. Please send your responses with examples of work to [email protected]
2 comments
Information
Dear reader, to leave comments on the publication, you must sign in.