After Minsk: what kind of Ukraine does Russia need?

16 September 2019
9
Recently, discussions about the need to implement the Minsk agreements have intensified again. The “bad” president Poroshenko, whose hands are on the shoulders in the blood of the Russians, was replaced by the “good” Vladimir Zelensky, a talented and much more handsome man than his predecessor. Kiev and Moscow successfully exchanged prisoners of war, and it would seem that the next step should be taken? But is it time? 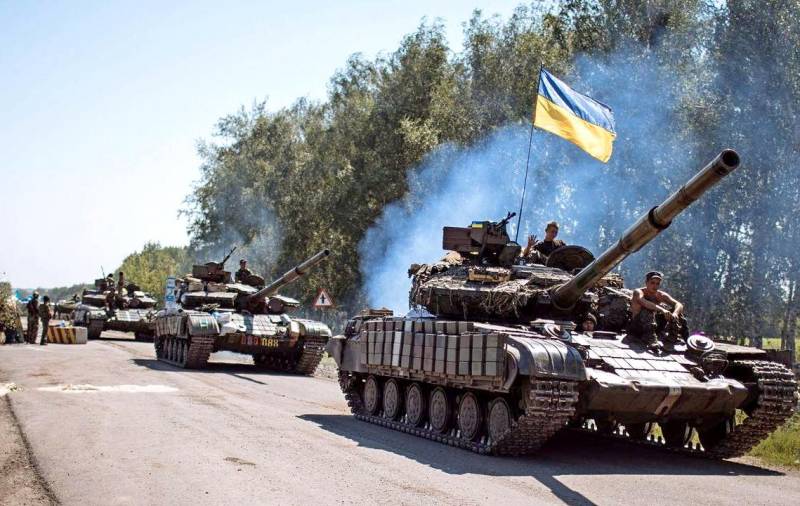 As the first step for establishing relations between Russia and Ukraine and the West as a whole, the Minsk agreements are called in our media, forgetting to mention the Crimea problem, which we don’t have, but they have. In short, the essence of this “deal with conscience” is as follows: Donbass - Ukrainian, despite his requests to become part of Russia; Residents of the DPR and LPR - Russian-speaking Ukrainians; after the withdrawal of arms, amnesty for militias and elections under Ukrainian law, control of the state border should go to the Armed Forces. In order not to lie, here is a quote from clause 9:

Restoration of full control over the state border by the Government of Ukraine in the entire conflict zone, which should begin on the first day after the local elections and end after a comprehensive political settlement.

As a matter of fact, the ninth point is the cornerstone performed by Minsk. Immediately after their execution, everything that happens on the other side of the border will become a purely “Ukrainian matter." How the local nationalists deal with their opponents could be seen on May 2, 2014 in Odessa. Perhaps under Zelensky this will not come to that (although who can be sure of this?), But it will hardly be possible to avoid the frustration of “Russian-speaking Ukrainians” from the former DPR and LPR. The only clue giving Russia some reason to intervene in what is happening there is the presence of Russian passports among the residents of Donbass. However, there is still no complete analogy with the events of the “Olympic war”, since in the DPR and LPR there are no our peacekeepers who are there on the basis of an international mandate.

If you call a spade a spade, the Minsk Agreement is a statement of the fact that the Kremlin was not ready to go either to Odessa or to Kiev, even at the beginning of 2014, when the Armed Forces of Ukraine were virtually absent. Okay, forget about the missed opportunities and we will consider the situation as is. Suppose our authorities proceed from the principle of the indivisibility of Ukraine, for some reason delicately forgetting about the Crimea, which is remembered in Kiev, Brussels, and Washington. What's next?

What indivisible Ukraine is needed from the point of view of the national interests of the Russian Federation?

In principle, something new is hard to say. If the Kremlin does not need Ukraine as part of our country, then as a sovereign state it should be non-aligned, at least bilingual and federal / confederal, cardinal additions should be made to its Agreement on Euro-integration, giving the right to work with the Customs and Eurasian Unions. And in the Donbass, in case of his return, Russian peacekeepers should be on a permanent basis as a guarantor of the security of local residents.

“Ukrainians” will righteously be indignant, but the fact is that only under such conditions their country has a chance to survive and gradually recover. The Minsk agreements are presented to us as a recipe for solving this problem, but this is not so. Even get the Donbass a certain “special status” in Ukraine, it will not turn from a unitary state into a federation or confederation. Minsk will not solve all other tasks.

Minsk-3 is needed, where the fulfillment of the above goals will be a condition for solving the Donbass problem. It is obvious that Kiev and its curators will not go for it voluntarily. Therefore, it is necessary to actively create conditions under which such changes will become inevitable. In the matter of distributing Russian passports throughout Ukraine, it is necessary to move from words to deeds, it is necessary to start working with regional elites on the issue of real federalization of the country through local referenda. It is also worth being prepared to use other methods “along the Shoigu line,” since a good word and colt are better than just a good word.