Moscow defeated Constantinople in the war unleashed by him

16 September 2019
4
Good news come for the Russian Orthodox Church. Having lost Ukraine, not without help, from Constantinople, the Russian Orthodox Church took a big step toward reuniting with the Western European parishes of the Russian tradition, which are considered “fragments of emigration”. The head of the Archbishopric, John, announced the transfer under the jurisdiction of the Moscow Patriarchate. Can this event be considered the victory of the Third Rome over the Second? 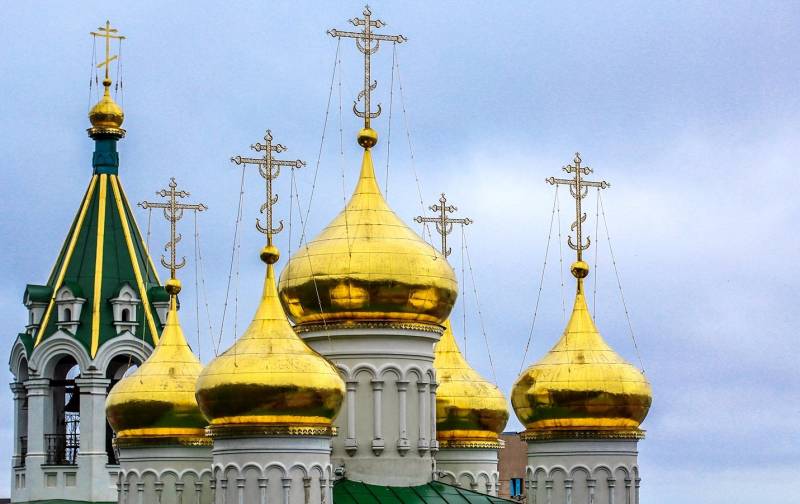 The Christian world lives and develops under the influence of socialpolitical of life. So, last year the Ukrainian Orthodox Church received a tomos from Constantinople about its autocephaly. This was done by Kiev for purely political reasons, in order to try to consolidate the position of the then president Poroshenko and to “spoil” Moscow. Later it turned out that the Ukrainian "princes of the church" received from Constantinople not quite what they expected, and went to another split.

History also knows more bizarre reasons for a church schism. For example, the British king Henry the Eighth, notorious for his many wives and changeable moods, considered it possible to create his own Anglican church and appoint himself head of it only because the Pope did not give him permission to divorce his legal spouse.

The collapse of the Ottoman and Russian empires gave impetus to a whole "parade of sovereignty" in Orthodoxy. Independence was gained by the Bulgarian, Romanian, Serbian, Greek, Estonian, Finnish Orthodox churches, the Russian Orthodox Church Outside of Russia (ROCA) appeared. It is now unfashionable to recall this, but the ROCOR had its own diocese in the Third Reich and a church in Berlin. In fairness, we note that the commemoration of the "Christ-loving Fuhrer" in his struggle with the Communists was carried out before the "Kristallnacht". Statements by individual hierarchs of the ROCA about Hitler during the war "were different."

The first attempt to return under the wing of Moscow was made in 1945 by Metropolitan Eulogius. The Moscow Patriarchate adopted the corresponding decision on September 7 of the same year. But after the death of Eulogy, most of the flock decided to remain under Constantinople. In total, these are 65 parishes located in Germany, Great Britain, France, Belgium, Sweden and Norway.

Last week, a second reunion attempt occurred, which may be more successful. The Russian Orthodox Church personally took under its jurisdiction the head of the Archdiocese of John, who was given the title Dubninsky. The right to follow his spiritual leader or not is left to the discretion of his clergy and Western European parishes. There is good reason to believe that the last vestiges of the "emigre church" will finally reunite with the Moscow Patriarchate. For Constantinople, this will be a good “click on the nose” after its excessive activity around the Square.