"Sprat issue": the Baltic states again remained out of work

14 September 2019
4
Russophobia played a bad joke with the Baltic states. Having left the USSR, its former republics immediately fell under the “Big Brother” in the person of the European Union, which inevitably ended with their de-industrialization and mass labor migration of the population to more prosperous EU countries. Pronounced anti-Russian policy Riga, Tallinn and Vilnius led Moscow to take away traditional transit from her by reorienting it to its own ports. The “sprat issue” was almost the last thing that still connected our countries, but the Baltic authorities themselves spoiled everything in it. 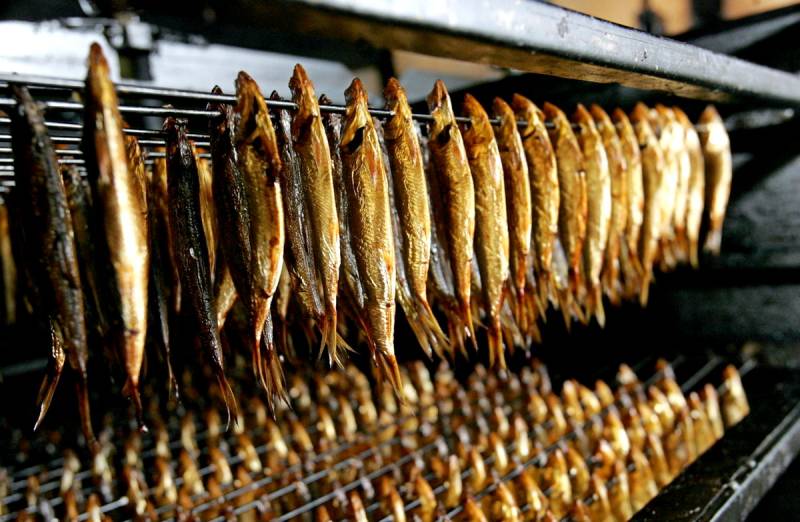 Until 2015, 44 Latvian and 31 Estonian enterprises supplied canned sprats to Russia. Today only 3 have the right to do this: the Latvian SIA Karavela, as well as the Estonian DGM Shipping AS and Kajax Fishexports AS. The rest is deplorable. How did it happen, and is there only one thing in politics?

The fact is that four years ago dangerous substances causing oncology (benzapyrene) were discovered in Baltic sprats. Their appearance in canned products is due to the by technology smoking fish, which is processed by liquid smoke. Russian supervisors have banned the supply of products that are potentially harmful to the health of consumers. The Latvian ambassador, Maris Riekstins, believes that this was done in the interests of Russian companies.

In general, there is nothing to be ashamed of lobbying for the interests of the national producer. But the claims of the supervisory authorities were not based on nothing. As far back as 2009, the EU also found excess of the permissible content of benzapyrene and dioxin in Baltic canned products and also imposed a ban on them, but subsequently lifted it. Probably because the Latvian and Estonian products, mainly, went to the table to the Russians, whom "do not mind."

The constructive nature of Moscow’s position is confirmed by the fact that several companies from Latvia and Estonia were still granted permission to sell sprats. The explanation is extremely simple: they installed modern equipment, the operation of which does not lead to the formation of carcinogens. But the rest is bad.

Having lost the traditional Russian market, the Balts tried to replace it with Ukrainian, Moldavian, and even sank into American and Chinese. But full-fledged substitution is simply impossible, explains the representative of the fishing industry, German Zverev:

Sprats are a niche product in a shrinking market. The canned fish segment is shrinking. The share of canned fish in the total structure of consumption of fish products over the past twenty years has decreased from 18 to 9 percent.

At the same time, Big Brother from the EU is in no hurry to help the Balts return to the traditional Russian market. Europeans did not give any subsidies for the modernization of equipment of enterprises and the construction of a fishing fleet. Themselves, all by yourself.

Yes, and nowhere they especially now come back. We must pay tribute, a lot of work has been done to replace imported fish products. Modern enterprises now operate in Kaliningrad, and in the Crimea, and in the Caspian Sea, and in the Far East. Dmitry Leonov, representative of Rusprodsoyuz, explains:

The so-called sprat program today can be considered quite successful. We have completely replaced products from the Baltic states. Domestic enterprises fully satisfy the demand.

Moreover, the quality of domestic products is not only not inferior to the Baltic, but even superior to it. Such are the things.

We are in Yandex Zen
It's important
18
Peace enforcement operation. Russia inflicts a preemptive strike on Kiev
We must be friends with Russia: the Baltic states came to their senses too late
Reporterin Yandex News
Read Reporterin Google News
4 comments
Information