Why did the Americans launch an information attack against the Petrel

13 September 2019
2
The Russian project of a rocket with a nuclear power plant "Petrel", was subjected to another information attack. A month ago, at a training ground in the Arkhangelsk region, during a secret test, a serious incident occurred that led to the death of several Rosatom specialists and radiation contamination of the surrounding area. Now, U.S. intelligence said that this test was already the fifth in a row, and it, like all previous ones, was unsuccessful. What does an information dump by US intelligence mean? 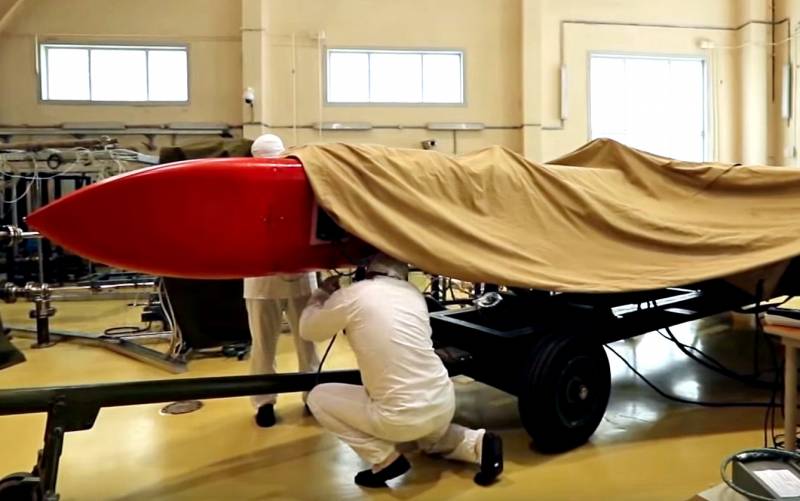 "Petrel" (aka NATO classification, SSC-X-9 Skyfall) is a cruise missile with an incredible range, which provides a nuclear power plant. It is assumed that in the event of the outbreak of military aggression against the Russian Federation, the Petrel will take off and be able to remain in the air for almost unlimited time, being ready to launch a nuclear strike against the enemy.

The decision to start the development of such weapons was made by Moscow, when it became clear that the United States plans to withdraw from the INF Treaty. According to US intelligence, the work is difficult. The most successful of the launches lasted only 2 minutes, the most unsuccessful - 4 seconds. This does not inspire much optimism. However, a military expert, Viktor Litovkin, quite reasonably points out that accidents are commonplace when testing new types of weapons:

For example, we have in service the heaviest, largest missile in the world, which is called Satan. Her first 26 flights were unsuccessful. And now she is the most formidable rocket that the whole West is afraid of.

In addition to Satan, one can recall the problems that the Russian Bulava faced. But back to the Petrel. Why did the Americans go on this project in an information attack?

It is generally accepted that we are pioneers in this field, but this is not entirely true. In the USA, at the end of the fifties of the last century, there was a project called Vought SLAM (Supersonic Low-Altitude Missile). It was assumed that, as an alternative to ICBMs, this guided missile would be able to imperceptibly fly up to enemy territory (USSR) at supersonic speed and deliver a nuclear strike. Unlimited range of flight she provided a nuclear engine "Pluto" (Pluto).

For its time, the project was a breakthrough, but in the end the Pentagon abandoned it. The ICBM Minuteman pulled out the palm of the championship, and the direct-flow nuclear engine design did not speak in favor of SLAM either. Flying over the territory, the rocket left behind a strong radiation trail. Judging by the fact that the Burevestnik tests were conducted at remote training grounds, there is no biological protection at the Russian cruise missile reactor either.

But does this mean that the domestic project also has no future?

The answer will directly depend on military doctrine. For the United States, the aggressor country that counts on striking first with its many ICBMs, missiles with dirty nuclear engines are not needed and are simply dangerous for themselves. For the modern Russian Federation, building its strategy on the basis of defense, Petrels can be an addition to the mysterious Perimeter system. It is assumed that in the event of a disarming strike by the Pentagon against the first persons of the state, it will automatically strike a retaliation strike.

In this case, the nuclear-powered cruise missiles, taking off, will spin until the enemy’s main military infrastructure is destroyed and deliver a finishing blow to the rest. Such a Russian "cu de gras". That is, this is not a weapon of aggression, but a means of deterring foreign aggression.

We are in Yandex Zen
It's important
6
Ukraine from the inside: traitors, curators and those who watch from the Kremlin
Ten "defeats" of Putin
Reporterin Yandex News
Read Reporterin Google News
2 comments
Information