Default in the USA: the main purpose of the Russian gold reserve

13 September 2019
18
The Central Bank of the Russian Federation actively buys gold and reduces its assets in dollars, converting them into euros and yuan. At such a pace of purchase, Russia will soon catch up with France and move to fourth place in the world in the ranking of the largest owners of gold reserves. It is believed that this way the regulator is insured in case of new Western sanctions, the probability of which is very high. But what if a global calamity comes, and the United States, having failed to cope with the pyramid of its debts, nevertheless proceeds to restructure them? 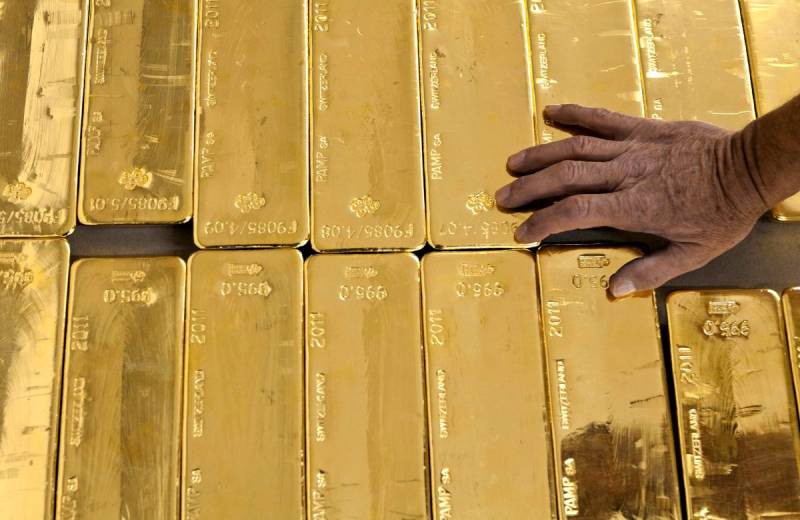 The consequences of such a decision will be so global and negative that the vast majority of economists even prefer to dismiss these thoughts, considering such an option unlikely. But, as you know, even incredible things sometimes happen. Everything has its beginning and its end, and the inevitable collapse is inherent in the structure of any pyramid. Recall that Donald Trump in May 2016, while still a presidential candidate, in an interview with CNBC admitted the need for restructuring the dimensionless US government debt. This man proved by deed that he does not throw words into the wind.

The basis can be taken mechanisms previously developed by the Americans in the framework of the so-called "Brady Plan". Named for the U.S. Treasury Secretary, Nicholas Brady, the sovereign debt restructuring financial program launched in 1989 has been tested in many countries in Latin America: Mexico, Brazil, Colombia, Venezuela, Ecuador, and other countries. All debts were divided into several categories, two types of “Brady bonds” were introduced.

For the restructuring of American debts, these countries paid by liberalizing their legislation and reducing the state’s influence on the economy and reduced social obligations. It should be noted that part of the illiquid debts was simply written off, but the United States did it all in such a way that as a result, the debtors paid back 1,3-1,6 times more than they should have initially. Ecuador went bankrupt, but overall the program was recognized as successful.

But is it possible to apply the Brady Plan to the United States, the largest economy in whose national currency the bulk of the world's assets are denominated? If Washington begins to write off "illiquid debts," then who will be the first to be hit? Obviously, the Americans themselves will not leave themselves in the way when restructuring the public debt, but if possible they will win back on competitors.

The foregoing does not mean that the process of writing off the US public debt will occur in the near future. President Trump is honestly trying to disperse the American economy, to correct the trade deficit, arranging more and more trade wars. But in the end, the situation can reach a state, as surgeons say, when “it is necessary to cut”. And you have to cut it.

The consequences for the global economy in the form of a general decline in business activity will be very serious. It will also be painful in Russia with its export-raw material model. In this context, it looks true policy Central Bank of the Russian Federation and Central Bank of China for active procurement of gold. Precious metal has a traditional investment value, and can be used in industry. Russia may well need its own "golden parachute" at hand. And investments in gold are very profitable. Financial expert, Vladimir Rozhankovsky, explains:

The forecast for gold is directly tied to expectations of further escalation of trade wars. If they follow a tough scenario, and at the same time Donald Trump is re-elected for a second presidential term in 2020, then gold, over the next 2-2,5 years, is likely to reach the level of $ 2000 per troy ounce.

Perhaps this is one of the few decisions of the domestic regulator, which does not raise doubts about its fidelity.

We are in Yandex Zen
It's important
9
Peace enforcement operation. Russia inflicts a preemptive strike on Kiev
“The dark August night came the one whom the Ukrainians were waiting with horror”
Reporterin Yandex News
Read Reporterin Google News
18 comments
Information