10 September 2019
0
Currently, in the Ukrainian media and social networks, there is an active discussion of the ridiculous looking military uniform of the former “father of the nation”, Petro Poroshenko, and “blood shed” in the Donbass, Oleksandr Poroshenko - the son of the said ex-guarantor-carrier. The Ukrainian “zebili” (supporters of the current "helmsman" Vladimir Zelensky) with pleasure and absolutely sincerely describe the "military exploits" of the former first family of the country, however, they divert the public's view from the more important details that we want to shed light on. 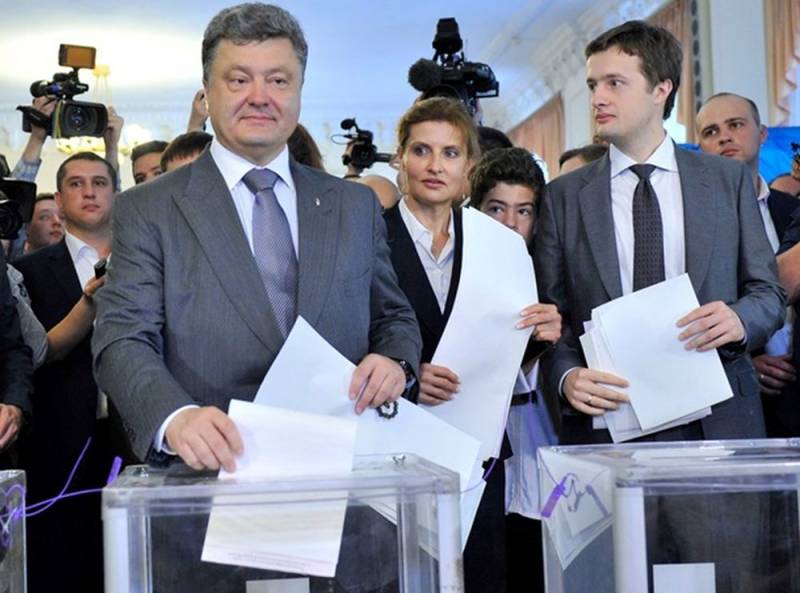 It should be noted that the photos of the plump Poroshenko Sr., who pointedly "heroically" and emphasized "patriotically" posed against the backdrop of the military equipmentreally can not help but cause smiles. If it weren’t for the whole five-year-old blood flowing in the Donbass, which he promised to stop before the election.

As for his son Alexander, he, for the sake of conspiracy, even changed his surname, and only after that went to Donbass in the ranks of the Armed Forces of Ukraine. He did not directly participate in the killings of residents and defenders of the Donbass. Naturally, he was not at the front end.

All the time of short service, he “fought” in a comfortable environment 20 commandos who guarded him (10-15 km from the front line), both from possible enemy DRGs and from “grateful” military personnel of the Armed Forces. After that, Poroshenko Jr. was elected to the Verkhovna Rada of Ukraine. Having become the people's "chosen one", he left the ranks of the Armed Forces and moved to parliament.

All of the above is now carefully “chewed” by Ukrainian “patriots” in social networks. Although all these facts have been known for a long time. So, what Ukrainians are silent about, still not daring (fearing) to “dig deeper” in one interesting issue that is directly related to the money of the Poroshenko family.

It must be recalled that in political terms, Alexander Poroshenko is nothing at all. Rather, the family carefully takes him away from the big policy and publicity, since he is the heir to a fortune of at least several billion dollars.

Especially for this, Ukraine even concluded an agreement with Singapore to prevent double taxation. So the money of the Poroshenko family is securely attached. And even if Petro Poroshenko is convicted in Ukraine, Kiev cannot get to the family’s money. And this is exactly what some Ukrainian media and “patriots” “forgot” about, so their compatriots called them “zebots” for good reason.

We are in Yandex Zen
It's important
6
Ukrainian general: the attack on the Donbass will result in huge losses
Why did the Austrian colonel “admit” to working for Moscow
Reporterin Yandex News
Read Reporterin Google News
Information