“We didn’t blow it up”: Lukashenko demanded compensation from the Russian Federation for Chernobyl

8 September 2019
31
Recently reported, as the president of Belarus, Alexander Lukashenko, said about multi-vector and friendship with the USA, after which he began threaten Moscow rejection of Russian oil. And now, it became known that the “father” demanded compensation from Russia for the damage caused by the Chernobyl accident and threatened to pick up two threads of the Druzhba trunk pipeline. 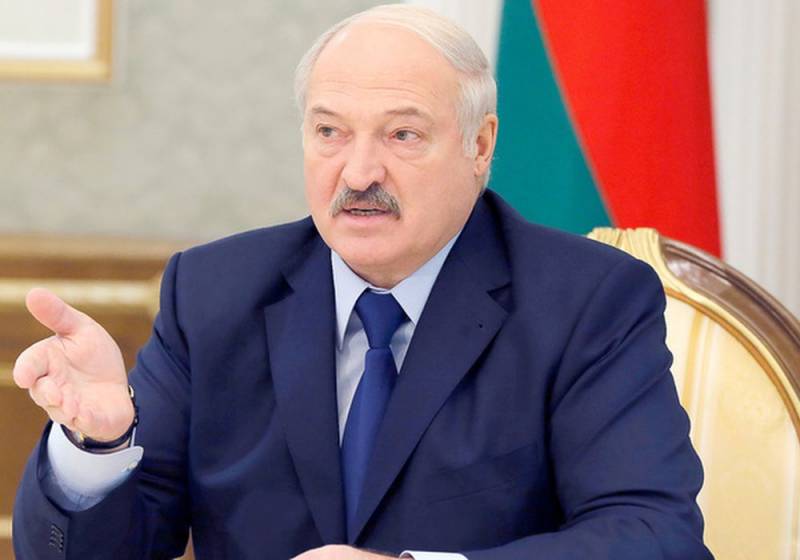 It should be noted that the Belarusian leader said all this during his recent working trip (September 6, 2019), dedicated to the celebration of the 1000th anniversary of the city of Brest. Moreover, Lukashenko is sure that it was Belarus that suffered most from the 1986 Chernobyl disaster.

Did we build this station? Not. Did we blow it up? Not. And who suffered the most? We. Then the central government, represented by Mikhail Gorbachev, assumed responsibility for Belarus. The country fell apart. Who is the assignee? They always say - the authorities of Russia: "We are the successors of the Soviet Union."
- said Lukashenko.

But at least for this (we are not asking for money, nothing), help - 10-15 billion cubic meters of gas at affordable prices. Not for free, not at a loss to Gazprom, deliver to Belarus. After all, people have suffered. And as successors.
- added Lukashenko.

And if they tell us: yes, you are on your feet, we live at our expense ... If such policylet's get along.
- stressed Lukashenko.

By the way, Lukashenko also touched on the issues of deep integration of the two countries. True, he did not remember the Union Treaty, only noting that the negotiations between Russia and Belarus turned into bargaining on hydrocarbon prices. Therefore, Minsk is considering options for diversifying the supply of raw materials.

But if we start supplying oil through Poland, we will take two strings of the Druzhba oil pipeline, through which Russian oil is exported. Is this necessary for the Russians? Not. Well, let's agree on a human basis and will do the best. These are my requirements.
- specified Lukashenko.

In conclusion, Lukashenko added that the peoples of Russia and Belarus are “fraternal”, so “we have to reckon with this.”
Ctrl Enter
Noticed oshЫbku Highlight text and press. Ctrl + Enter
We are
Lukashenko threatens to abandon Russian oil
Employees of "Transneft" suspected of pollution of the pipeline "Druzhba"
Reporterin Yandex News
Read Reporterin Google News
Ad
The publication is looking for authors in the news and analytical departments. Requirements for applicants: literacy, responsibility, efficiency, inexhaustible creative energy, experience in copywriting or journalism, the ability to quickly analyze text and check facts, write concisely and interestingly on political and economic topics. The work is paid. Contact: [email protected]
31 comment
Information
Dear reader, to leave comments on the publication, you must sign in.